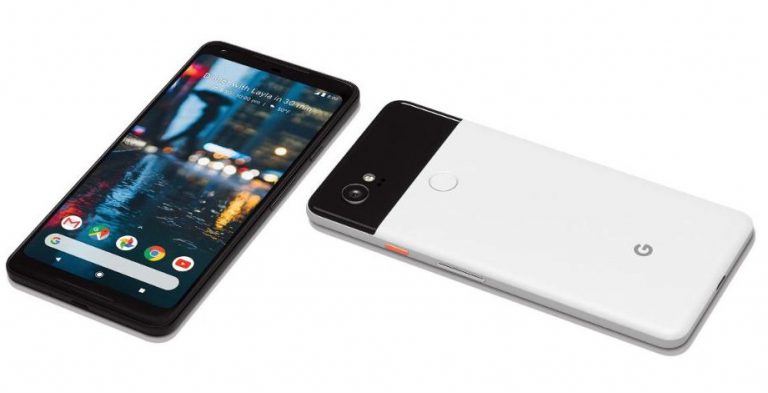 Google showcased its latest smartphone in the Pixel series, Google Pixel 2 XL at an event in San Francisco. The mobile packs a massive 6-inch Quad HD+ OLED Fullscreen display at an aspect ratio of 18:9, is powered by Octa-Core Snapdragon 835 Mobile Platform and runs on Android Oreo out of the box.

There is 12.2-megapixel primary camera with LED flash, Optical Image Stabilization (OIS), Dual Pixel and an 8-megapixel selfie camera. The camera can be used to take great portrait photos with good background blurs using the new motion photos feature in addition to the back and front cameras. You will also be able to take a few seconds of video shot while capturing the new motion photos feature. It supports unlimited full resolution videos and photos.

The mobile also features a fingerprint sensor on the back side which is an Aluminium unibody with Hybrid coating and has Active Edge to launch Google Assistant very quickly.

Let us now have a detailed look at its specifications.

It has Octa-Core Snapdragon 835 Mobile Platform with Adreno 540 GPU and runs on Android 8.0 (Oreo) out of the box.

The device comes with 4 GB DDR4X RAM and 64 GB / 128 GB internal storage variants with an internal memory that can be expanded to 256 GB using the microSD card.

The Google Pixel 2 XL will be available in White, Black and Just Black colors at a price of $849 and $949 for the 64 GB and 128 GB storage variants respectively. The mobile will be released first in Australia, Germany, Canada, India, UK and U.S. and will be released later in Italy, Singapore, and Spain in this year.

For tutorials on technology, visit our TUTEZONE section.