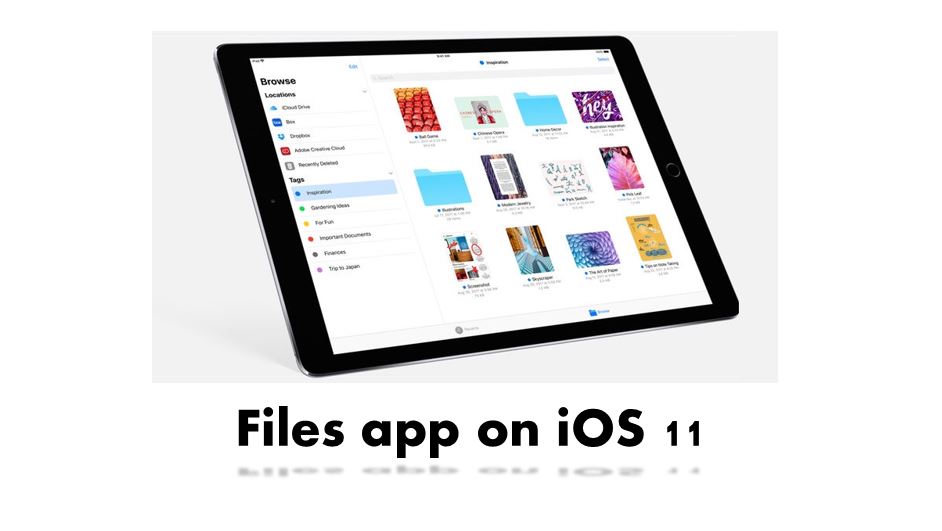 The iOS 11 update is happening now and you probably have it on your smartphone by this time. The update has brought a lot of significant changes which includes the addition of new Files app on iOS11 that has replaced the existing iCloud drive app. Yes, sadly the iCloud app will no longer be available after the latest update on the iOS devices.

The Files app will anyways provide a way for you to manage all the files on iPhone and iPad. That includes the files on other third-party services such as Dropbox or Google Drive. You will find all the files at one place using the latest Files app for iOS devices.

However, the app is still in its baby stage and a lot of functionalities are still lacking in it. At present, the Files app will allow you to access local storage and iCloud Drive. For local storage, it is ‘On My iPhone’ and ‘On My iPad’ depending on your iOS device. Third party services such as the Dropbox can be connected, but they open only in a small window and you cannot add multiple files at once as of now, you will have to add each file individually.

There could be chances where your Files app might fail to open a file of a particular format. In that case, you will have to export the file to the app that can be used to open it. For instance, if you are trying to open a text document and are unable to open it, you can export the file to Microsoft Word or Ulysses app.

However, the Files app supports a large variety of formats. You can even open the excel files. But, in case if it does not open, you will have to rely again on the Microsoft Excel app for the iOS device.

The introduction of the Files app will bring a lot of changes in the way we access the files on our iOS devices. But, it is still in its initial stages and lacks a lot of functionalities. The Apple should have tried to add more features to make the users happy. That’s why we can expect the company to include more features over the next few updates of the iOS 11 version.

Let us know your views on the new Files app for iOS devices by commenting in the comments section below. We’d love to hear about it from you.