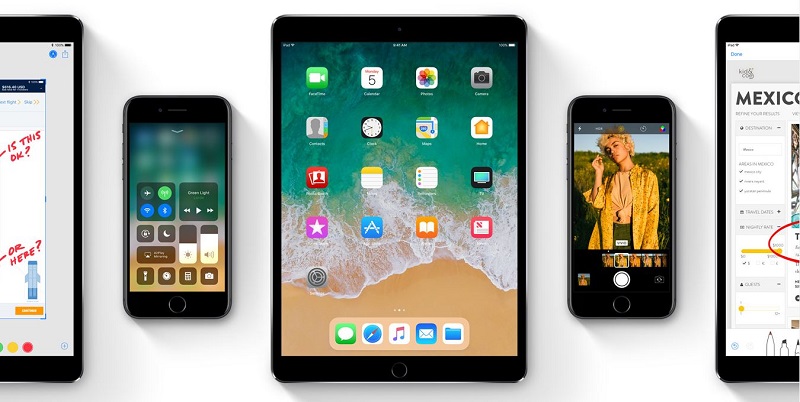 Apple announced the preview of its latest operating system, iOS 11 on June 5 at WWDC 2017. The company has added several improvements and therefore you have all the rights to get excited and keep bragging your Android fans about it. At the same time, the iOS 11 has also got certain disadvantages. If you are curious to know about iOS 11 disadvantages, do not worry. Here in this post, we are going to list down the iOS 11 Pros and Cons.

Don’t Miss: Steps to Disable Caller ID and Block Your Number on the iPhone

The Siri in iOS 11 will take the voice assistance to a whole another level. The upcoming Siri will help you in a much better way as it is going to be very intelligent, thanks to the integration of machine learning and artificial intelligence by Apple for that. There is also a new translation feature in Siri which will allow you to translate to other languages.

If iOS 11 and iOS 10 were friends, the latter would have definitely got jealous on the former for this feature. Yes, the upcoming iOS 11 comes with the ARKit, a framework which will let the developers to introduce the virtual reality experience on the iDevices.

The iOS devices are also known for its photo capturing abilities. There are photographers who have used the iPhones to capture the photos of an entire wedding. Such is the greatness of the iOS camera. This time in iOS 11, the company has enhanced the camera by adding new professional and quality filters which will make the photos more impressive. The iOS 11 will allow to edit the live photos to increase the creativity and that includes looping, rewind and long exposure.

The payments are going to be much easier than ever before in iOS devices, because the Apple has improved the Apple Pay in iOS 11 by integrating with services like Messages to facilitate the users to send and receive money directly among your friends via Messages. This is going to be very easy as you will have to use the fingerprint for the authentication.

In addition to the integration of Apple Pay, the Messages app will also sync your messages to iCloud. A year later when your mobile is upgraded to iOS 11, you will be much happy to switch between the devices as you will not have to worry about the messages.

The shortcuts are also getting an upgrade and will allow you to access the tools very easily. Unlike the iOS 10 in which the options are spread across 3 screens, the iOS 11 has everything included in a single screen. On the other hand, the Android has already won the hearts of the people for improving its control centre and it could be one of the reasons why the Apple has enriched itself in this regard.

Using an iPad is going to be very awesome if it runs on iOS 11, because there are a lot of features which will enhance both the work and play experience. Using the new dock, you will be able to switch between the apps very easily and with the new Files option, you can find all the files in one place. Using the drag and drop option, the multitasking experience will be more efficient.

The App store will get a new look in iOS 11 and it will be easier to view the apps with tabs for Games, Apps and other popular apps.

iOS 10 made many users happy by allowing to delete the pre-loaded apps. In iOS 11, things are going to much better than that. The apps that you don’t use at all will be deleted automatically to save the space. However, your data and settings will not be lost so that when you install the app later, everything will be the way it actually was.

After upgrading to iOS 11, the Apple Music users can search their new playlists and songs by checking what their friends are playing. You can choose to show your songs and playlists that you like by editing it to public. The private option is also available for the reserved people.

Apps Maps is also getting an upgrade. The users will have the 3D feature to view the places with a better experience and navigate to the local places. The update also brings the lines outdoors. You will also get information on where to turn besides the guidance warnings and speed limits.

iOS 11 will make the screen recording very easy. The old way to record is plugging the device to a Mac laptop/desktop with QuickTime for screen recording. In the latest operating system, there is a new feature called Screen Recorder using which you will be able to record from the control center. Recording in iOS is only a few taps and clicks away now.

Many were not happy with the larger iPhones for one reason and that was typing. iOS 11 is going to make those people happy by introducing one-handed keyboard. You will also be able to switch between the normal keyboard and one-handed keyboard very easily.

The word in town is that the latest iOS will optimize the battery usage to provide the users a long lasting experience. However, it is still very early to comment on this as only the preview version has been released so far and the stable version will be released months later. By the time you read this post, the stable version might have released. If yes, share us your experience in the comments section below.

While supporting 64-bit apps is a good thing as it will enhance the user experience, there are apps which are still running with 32-bit versions. In case if any app that you use very often does not have a 64-bit version, we suggest you to not upgrade to iOS 11 and continue using the older versions of the iOS.

The support for iOS 10 starts with iPhone 5 and surprisingly the company has stopped the support of iOS 11 for devices like iPhone 5, 5C and the 4th Gen iPad.

Let us know your views in the comments section below. We’d love to hear about it from you and keep visiting as we are going to write on iphone pro and cons as well in our next article.

For more posts like this, visit our PICKS section.