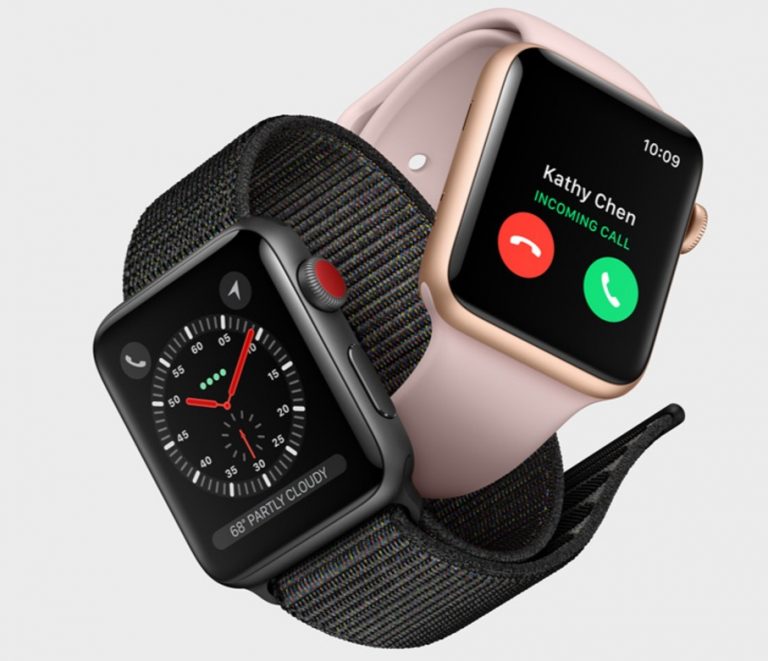 Apple has officially showcased the company’s latest generation Apple Watch at the Apple Event, San Francisco. The Apple Watch Series 3 as expected comes with the integrated cellular connectivity and it will allow you to receive messages, make and answer calls and much more.

The Apple Watch Series 3 will be available in two models. One of them comes with cellular and GPS while the other one comes with only the cellular. It is powered by a dual core processor that promises 70% additional performance. Siri is smarter than ever before and will also talk with you. It is also integrated with the W2 wireless chip which makes the wireless connections such as Bluetooth, 50 % more efficient and Wi-Fi, 85 % faster.

The latest Apple Watch will also share the same phone number as your existing iPhone by sporting an electronic SIM instead of the regular nano SIM. All thanks to the cellular connectivity, you will be able to access Apple Music during a small walk or a long run. It also features a red color crown on the right side which will allow you to navigate via the watch.

The brand new Apple Watch will also launch with the watchOS 4, the company’s latest software for the Watch accessory which comes with new watch faces, Siri recommendations, latest tracking functions and much more. It also comes with updated Heart Rate app that gives more vision on walking and Breathe sessions, recovery, workout, heart-rate and other measurements during resting. As mentioned earlier, the latest Apple Watch Series 3 sports GPS besides being swim proof. The company is claiming 18 hours of battery life.

The Apple Watch Series 3 will be available in many bands and cases. The pre-orders for the same will begin on September 15 and it will be available by September 22. It is priced at $399 and $329 for the GPS+Cellular and Only-GPS models respectively.

Our view on the Apple Watch Series 3