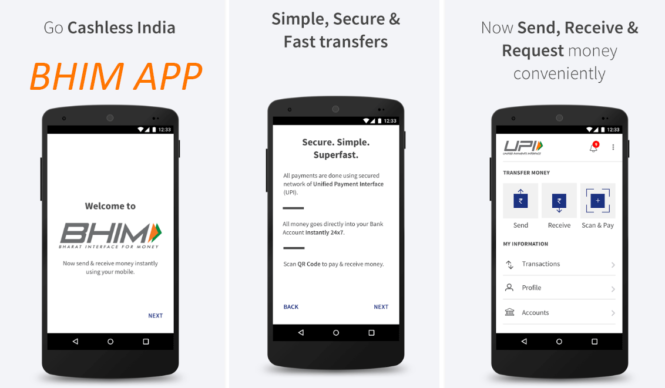 The people in India are currently facing severe shortage of cash. To help with this issue, Narendra Modi, the Prime Minister of India had launched an app, BHIM (Bharat Interface for Money) on Google PlayStore which will allow the users to make easier, faster and secure online payment using a Smartphone. The app which was developed by National Payment Corporation of India has overtaken all the apps in Google PlayStore including MyJio, Facebook, WhatsApp and currently at the top in Google PlayStore.

Don’t miss: Everything about the BHIM app which was launched by PM Modi

The app which is presently available in English and Hindi is named after Bhim Rao Ambedkar. Over the next few days, the support for other languages will be added gradually. The best part of the app is that your mobile number is considered as the payment address while a transaction is made through the BHIM app. There is Rs 10000 per transaction and Rs 20,000 per day limits for the BHIM app. It means that if you have any larger transaction to make, you will still have to use your netbanking/credit/debit card.

According to Prime Minister, the app will be improved to make the payment using fingerprint in future. It is currently available for download only in Android. The iOS version will be released very soon. You may find the link to download the app from the PlayStore below.

Let us know your views on the money crisis in India by commenting in the comments section below. Also share us your reviews on the BHIM app if you have installed it. We’d love to hear about it from you.