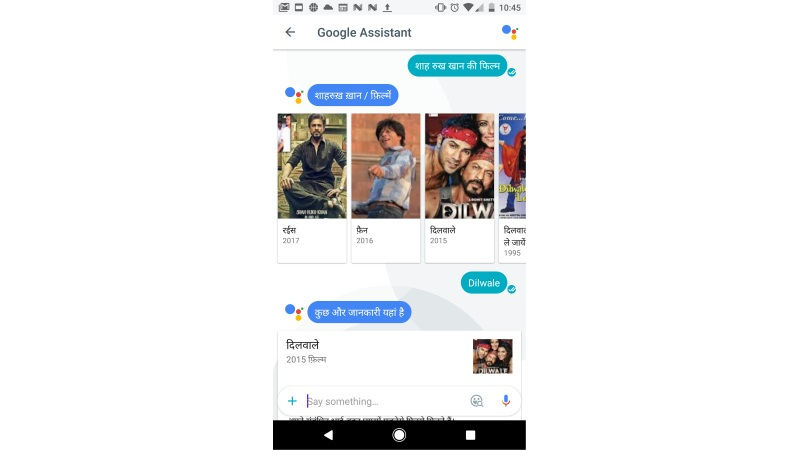 During its Make for India event, Google had announced that it will introduce Hindi Assistant in its Smart messaging app, Google Allo by the end of this year. Now, the company has announced that it will start rolling out the feature for the users from Monday. It will be available via the upcoming update in Android and iOS. Not just that, the users will also be able to use the Smart Reply feature in Hindi.

It is known that the Google is working on the non-English speakers online. This update will be helpful for those users who can’t understand English.

How to use Hindi Assistant in Google Allo?

To start using the Hindi Assistant in Google Allo, you will have to say, “Talk to me in Hindi”. You can also do it in another way by going to the settings and changing the language preference from there. The company has also announced that the app will use the machine learning algorithms to understand the images in addition to the text.

Google said in a press statement:

“Smart Reply will recognise the language you’re chatting in and begin to show suggested responses in that language.”

“Since its launch, Google Allo has received tremendous response, especially in India, which has one of the highest number of Google Allo users. The Google Assistant, in particular, is one of the most loved features in Google Allo – one in every 12 messages in group chats are messages to the Google Assistant. We are enthused by this and today’s launch enables us to extend these features to the next millions of users in a language of their choice.”

Let us know your views on the Google Allo app by commenting in the comments section below. We’d love to hear about it from you.

Also read: Facebook is working on a new feature called ‘Collections and Functions’