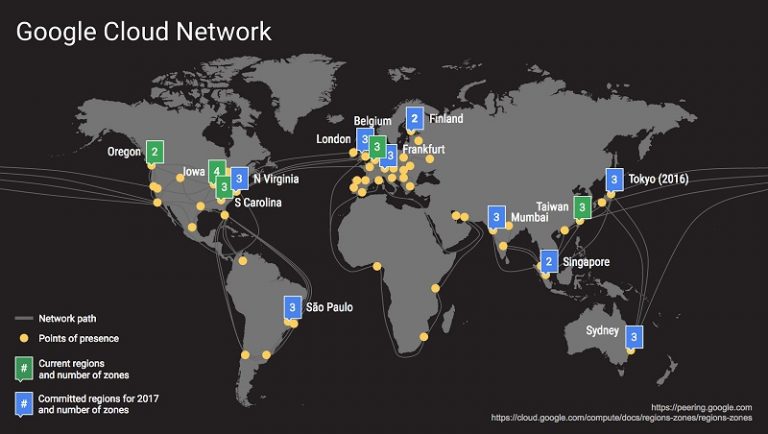 Google made it public that it will launch a new India Cloud region in Mumbai by 2017. This move is targeted at Indian Developers and enterprise customers by offering Google Cloud Platform Services. This announcement was made at Horizon, an event in San Francisco.

Google Cloud is already popular with over one billion end users in India and around the world. It is used by tech giants such as Evernote, Telus International, Niantic Labs (Pokemon Go), Snap Inc (Snapchat) and more. In India, it has big companies such as INshorts.com, Dainik Bhaskar Group, Smartshift by Mahindra and Mahindra, Ashok Leyland and Wipro.

By expanding to new regions, we deliver higher performance to customers. In fact, our recent expansion in Oregon resulted in up to 80% improvement in latency for customers. We look forward to welcoming customers to our new Cloud Regions as they become publicly available throughout 2017.

Google is also working on to build its partner ecosystem to help customers as they move to the cloud. The company has already partnerships with organizations such as Cognizant, PWC, Tech Mahindra, TCS and Wipro.

This initiative by Google will help the businesses to grow fast by building their services on Google Cloud. Let us know your views on this move by Google in India in the comment section below. We’d love to hear from you.