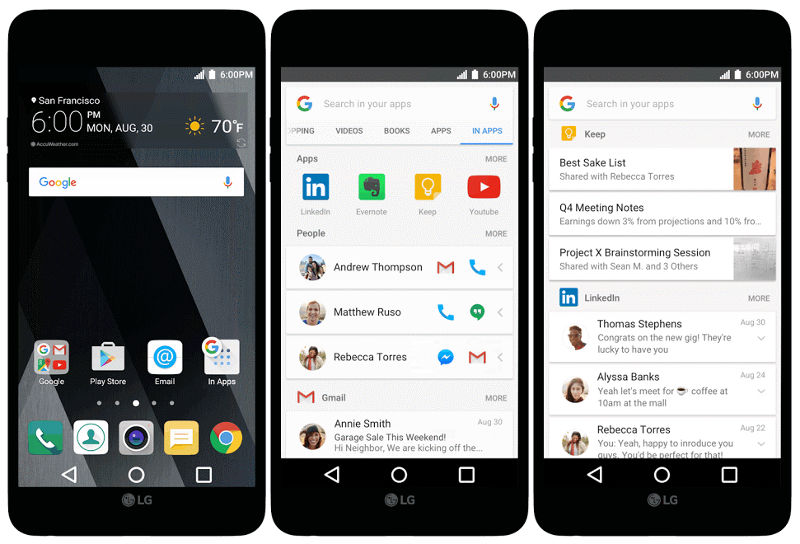 Google has announced, “In Apps” search mode, the update that you have been longing for. It will allow you to search the contents of the apps within the Google Search app. The feature will first appear in the Android Smartphones and will work even in the absence of cellular data or WiFi networks for personal contents such as Contacts. So, hereafter if you want to view a YouTube video, you will not have to open the YouTube app to do that, you can instead view the video within the Google Search app.

As smartphone features become increasingly diverse, a growing number of smartphone users are willing to search for more information saved on their mobile devices. The V20 combined with Google’s evolving search tools will allow users to search for information they need faster in a more convenient and smart manner.