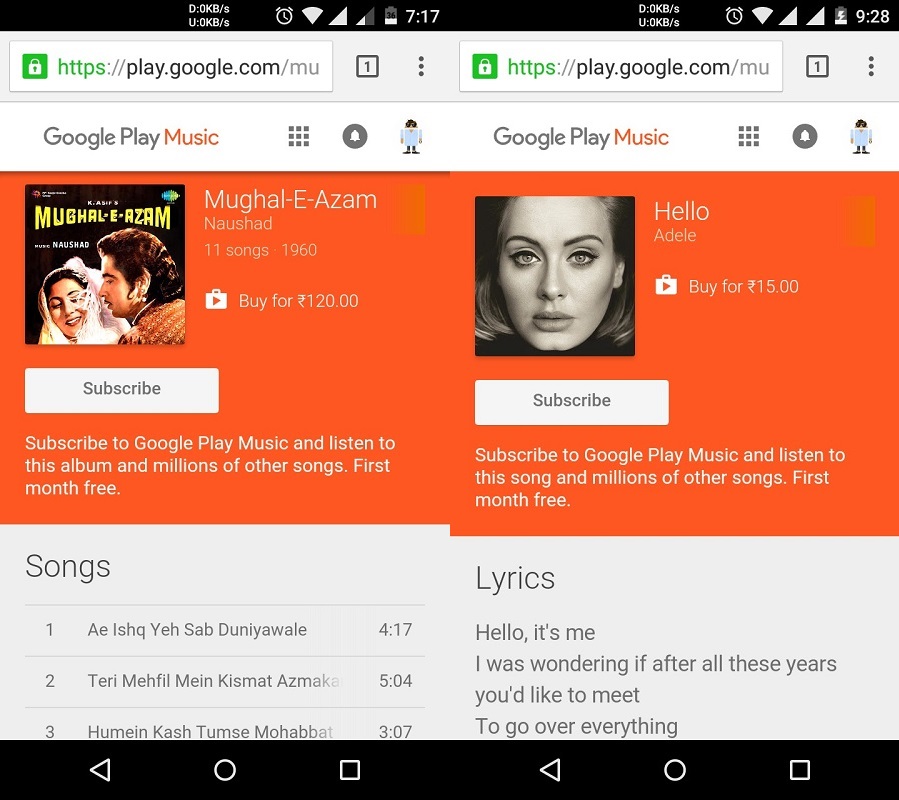 If things go well, Google Play Music will be launched very soon in India. The feature was seen available to a few Reddit users in their desktop versions. They were able to select and play the songs from the app’s list via the desktop version.

These features were not accessible to those users in the country till now. But the users were not able to access all the features though. The best part is that the songs were listed in the Indian currency for purchase. It is priced at Rs 15 for a single track and Rs 95 for a whole album.

Don’t Miss: Everything you need to know about Google’s new baby: YouTube Red

There are also speculations that the YouTube Red will be launched in the country very soon. For those who are unaware of the YouTube Red, it is an ad-free subscription service of YouTube. You will also be able to play the songs in the background using the YouTube Red service.

There is no word yet on whether when these services will be launched in the country. We can however expect them to launch by the end of this year.

Let us know if you are really looking forward to use these services by Google. We would love to hear about your views in the comments section below.