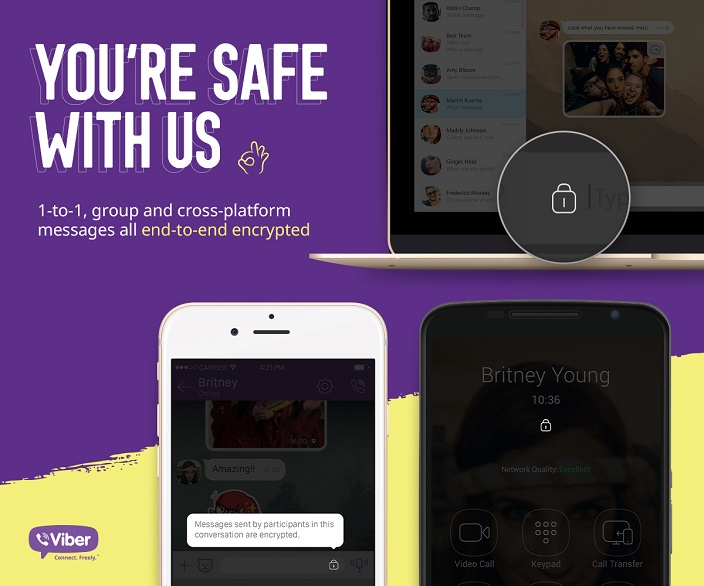 Following the path of WhatsApp, its counterpart app, Viber end to end encryption has also been introduced in its latest update and it is now available across all the platforms (iOS/Android/Desktops). So, here on wards after you get your Viber app updated to the latest version, you will be able to apply Viber end to end encryption across voice or video calls, photos and messages.

Also Read: WhatsApp may get banned in India

In addition to that, the update also integrates a new feature, Hidden Chats, which will now allow the users to hide the chat from the main screen. This will be useful for those of you who want to hide certain private chats with your beloved ones from your friends.

The update has also added an account verification feature. Users will be able to verify the security of the participants by tapping on the new padlock symbol.

For iOS users, the update also brings the feature to like the media from the preview screen. The storage space occupied by the app in iOS is also considerably lesser than before.

It is known that the WhatsApp is already under scrutiny by several government agencies for having enabled the end-to-end encryption feature. Now that the Viber end to end encryption has also followed the footsteps of WhatsApp by enhancing the security feature, it will be interesting to see if how the law enforcement bodies of the leading countries will handle the security issue regarding the usage of these encrypted messaging app.