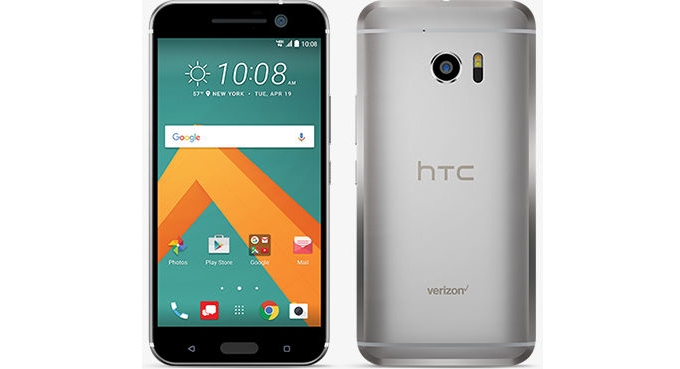 Verizon Wireless announced that the company is going to be the first carrier in US to sell the HTC 10 i.e. also known as the latest HTC phones as part of Verizon deals. The HTC’s latest flagship Smartphone HTC 10 Verizon will also be available from Sprint and T-Mobile. On the other hand, AT&T will not offer the HTC 10 Smartphone at all. However, the AT&T users can still buy the unlocked version of the HTC 10 from its official site, htc.com.

Verizon will begin pre-orders for the HTC 10 Verizon from April 29 and at the same time, the customers who are interested can try their hands on HTC 10 in stores. Verizon hasn’t neither shared the details regarding the pricing of the device, Verizon plans nor revealed a date whether when the HTC 10 Verizon will be available to its customers. We can assume the shipping of the Smartphone to begin in the May.

Anyways, before you get the Verizon smartphones HTC 10, the pre-orders for the HTC 10’s unlocked version have already begun in the official site of HTC. As of now, you will be able to order the HTC 10 Smartphone only in either Glacier Silver or Carbon Gray. Even though it is priced at $699, you can obtain the Smartphone with $100 discount through a promo offer which will be valid only through the official site of HTC.

Let us know your views on HTC mobile and HTC 10 Verizon offer for this Verizon phones in the comments section below. We’d love to hear from you.