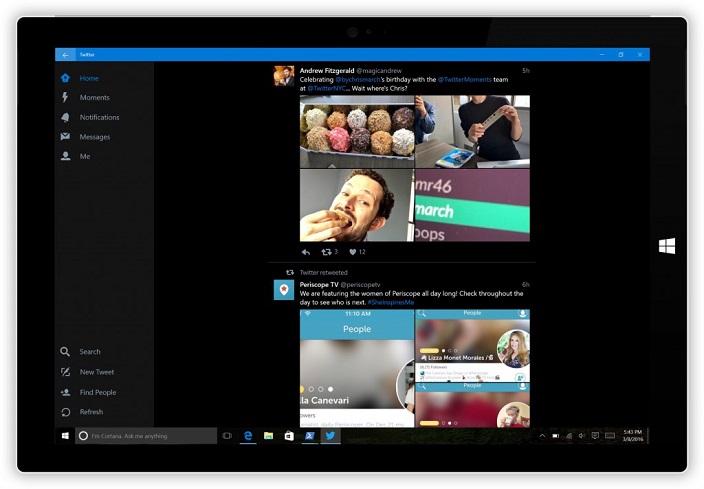 Twitter updated its universal Twitter app for Windows 10 which would work in all the devices that runs on this Operating System.Thanks to this update, all the popular features of the Twitter app which have been missing all these days are now available in the Windows 10 devices.

For instance, using quote tweet, you will now be able to share a tweet with your comment on it. Besides that, using your camera, you will also be able to create, edit and tweet a video. You will also be able to view top tweets and keep an eye on conversations, all without logging in. Twitter has also added a popular dark theme which can be changed by accessing Settings -> Personalization. 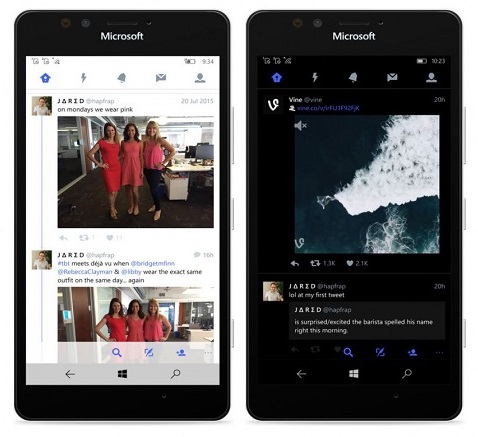 Twitter has not launched a dedicated Twitter app for Windows 10 mobile platform. The app that runs on Windows 10 desktop works in the mobile and tablets as well and can be downloaded from the Windows 10 store.

Let us know your comments on the true convergence of Windows 10 across devices. We would like to hear from you.

You might also like our NEWS section which contains exclusive articles on latest release and update in the world related to technology. Trust me you will be glad that you paid a visit there.