Google wants the Developers to get the latest pre-release versions of the Android in a much better way. Yes, starting this summer, Developers will be able to install the beta versions of Android N through OTA updates. You will have to enroll an Android Beta program of Google to avail this service.

The traditional way of installing the beta versions of Android was through Factory images. Developers had to download the Factory image file and flash it on the device. This process usually ended up in a mess for most of the developers. However, if you still want to install through a factory image, you can continue doing it.

According to Google, developers will get an update for every 2 to 4 weeks till Android N is launched publicly. Once you install the update, Google won’t be responsible for any damages or bugs that will occur to your Smartphone. You can anyways revert back to the stable version of Android by keeping your data at risk, which means that you will have to back up the whole data before installing the new beta version. 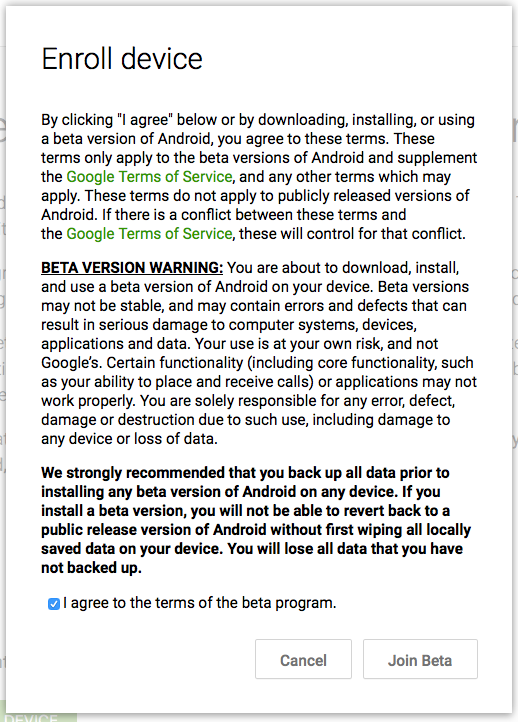 Google does not support the latest beta versions of its Android OS. Therefore, if you get stuck anywhere after installing the beta version, you will have to deal the problem yourself. If you need any help, you will be redirected to the community group where you can find a solution for your issue through a discussion with the fellow community members.

Google I/O is scheduled to be held in the month of May this year and as usual the company will have much to tell about its latest Android OS during the conference.