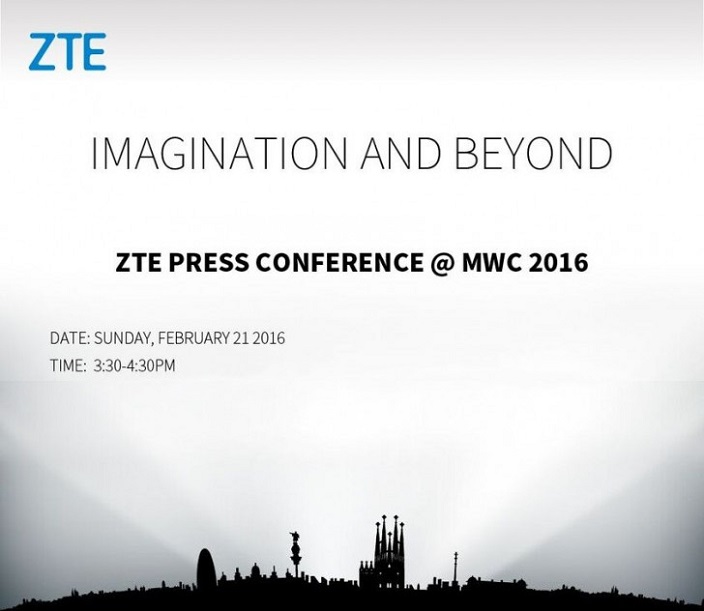 The subject of the event is “Imagination and beyond with ZTE to ignite your mobile life.” The CEO of EMEA and APAC, Jacky Zhang and the CEO of ZTE, Adam Zeng will take over the proceedings at the event.

Only the theme of the event has been disclosed so far. But we can assume ZTE to reveal a set of Smartphones and discuss on the 5G technologies. The company is also expected to display its AXON smartphones at the event.

Other leading brands such as Samsung and LG have scheduled their event on February 21. While the former will reveal their Samsung Galaxy S7, the latter will reveal its much anticipated LG G5 on the same day.

Let us know in your comments on what you think whether ZTE will announce at the MWC 2016 event.