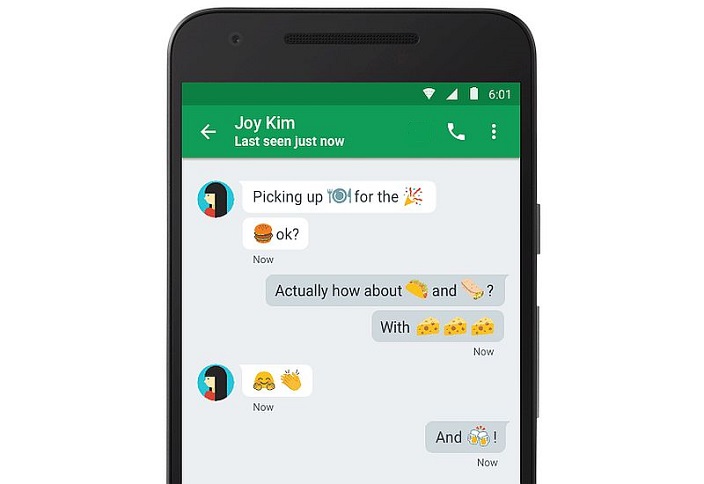 WhatsApp new Emojis has been added in its latest update for Android. This addition can be considered as a gift for the Android users as the Valentine’s Day is right around the corner.

The WhatsApp new Emojis were already available in the beta version of the app for some time now for the Android users. Besides that, these Emojis have been available to the iPhone users as well for a little while.

The new Emojis include a collection of religious places, a turkey, an urn, a popcorn box, a champagne bottle, robot faces, a nerd, volleyball, medals, racing cars, unicorn, spider and much more. There is also a middle finger Emoji. The facial expression tab has a new Emoji with a detective face.

Don’t Miss: WhatsApp is now 100% free in all countries

Earlier versions of WhatsApp had only 5 tabs for the Emojis in addition to the recently used tab. The latest versions added 3 more new tabs with beverage, bulb, flag, and sports tabs. So, there are eight tabs altogether in the latest version 2.12.441 of WhatsApp. The addition of Emojis was reported first by Android Police.

If you haven’t got the update yet, please be patient. It will be rolled out to your device and might take time to reach you as the update has been released globally.

We had earlier reported that WhatsApp now has 1 Billion active users. The latest update is expected to add more number of installations. WhatsApp doesn’t really generate any revenue out of its service for Facebook. But according to Mark Zuckerberg’s post on his Facebook profile, the company has planned much for WhatsApp ahead including creating a way to connect more people around the world and make the app easier to communicate with businesses.

Let us know what you think about the latest set of Emojis in your comments below.

You might also like our NEWS section that contains exclusive articles latest update on technology and gadgets.