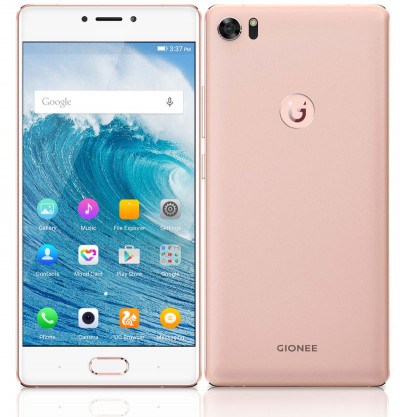 Gionee announced the company’s S8 smartphone at Mobile World Congress (MWC) 2016 in Barcelona. Besides announcing the Smartphone, the company also used the platform to launch its new logo.

Gionee S8 sports a 5.5-inch 1080p AMOLED display. The display can sense 3 different forces such as press, tap and touch. The device is powered by an Octa-Core MediaTek Helio P10 (MT6755) processor. Gionee S8 has an Amigo OS 3.2 that runs on Android 6.0 Marshmallow. The OS is home to several exciting features. You can use two WhatsApp accounts and watch a video while you are on any other application. Several additional features are expected to be added when the Amigo OS 4.0 will be out in June this year.

The device is packed with a 16 MP primary camera with phase-detection auto-focus, Laser auto-focus and 8 MP Selfie camera. Gionee S8 is the first Smartphone ever to have an invisible antenna design. It will be available in Gold, Grey and Rose Gold colors with a metal body.

The fingerprint sensor of the Smartphone is very fast as it has an identification time of 0.38 seconds and a response time of 0.1 seconds. Gionee S8 has a massive battery 3000mAh for a great mobile experience and it will be available by the end of March.

Also Read: Sony announced Xperia Ear, a device that works much like the one in the movie “Her (2013)”