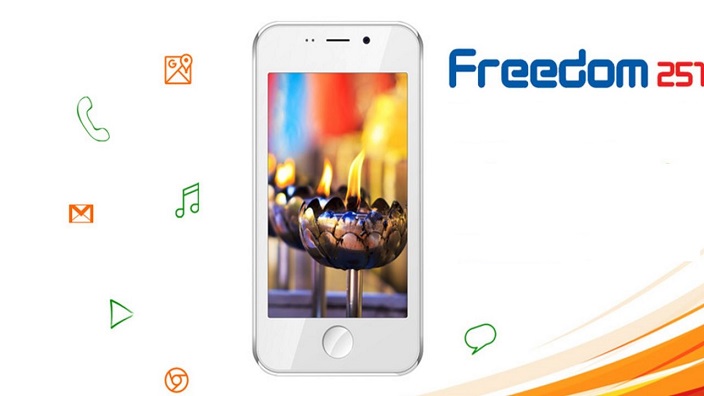 According to Mohit Goel, the CEO of Ringing Bells, Freedom 251 will help the company to fetch a profit of 31 rupees for every unit that is sold. Mr. Mohit announced it in an interview to Times of India.

Besides that, he has also defended the statements made against the company and the Smartphone. Freedom 251 has been all over the news and has been the hot topic of discussion from classrooms to the newsrooms for the past few weeks. The company’s website went down claiming that it was unable to handle the huge traffic and the bookings for the Smartphone remains closed currently through the website.

Mr Goel told in an interview to Times of India, “Why am I being hounded? What wrong have I done? Why am I being called a ‘bhagora’ (who’ll run away with the money)? I intend to do a valid business, just like any other startup, and I have a business plan ready.”

Dismissing all the charges against him, Mr Goel also told the newspaper, “We are taking online bookings for only 25 lakh units in the first batch due to limited supplies, while giving another 25 lakh through offline distributors. I will deliver the handsets before June 30.”

Freedom 251 sports a 4-inch IPS display and is powered by a 1.3 GHz Quadcore Processor, 1 GB RAM and 1450 mAh battery. The device is packed with an 8 GB internal memory that can be expanded up to 32 GB. It has a 3.2 MP primary camera and a 3 MP Selfie Camera.

Considering the statements made by the CEO of Ringing Bells, the company is really looking forward for a huge business in the country. However, it will be interesting to wait and see how the company is going to profit 31 rupees out of the each Smartphone that it sells.