Oculus announced its third Virtual Reality film, Dear Angelica and a new Virtual Reality tool, Quill that will let you to paint in the air around you just by waving your hands. This move by Oculus has taken the company to the next level both in the fields of Entertainment as well as the Virtual Reality.

Dear Angelica is an animated story that revolves around the life of a young girl who takes the audiences into the world of her childhood and the stories that her mother told her as a kid and later unfolds with the brushstrokes to create a beautiful three-dimensional multi-colored dragon. As a viewer, you will be able to move, turn and look around within each cloud of color. 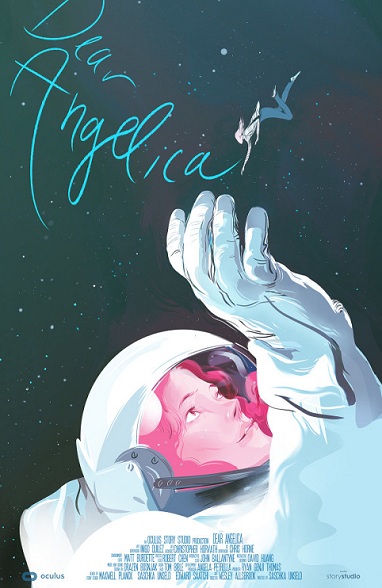 Quill, the new Oculus software will allow you to create the world around you in a few moments just by waving, instead of spending a lot of time for drawing. It can be used to perform actions like painting and 3D drawing by controlling the Oculus Touch, the wireless hand controls that comes with the VR device.

Dear Angelica is the third Virtual Reality film by Oculus. Lost was its first project followed by Henry, a short film in which viewers follow the world of a lonesome hedgehog on his birthday. While Lost was a starter project that took the users to the VR world of a forest, Henry was special as it brought much emotions with a VR experience. But unlike the earlier projects, Dear Angelica is different as it not only tells a story at the end of the day, but also introduces a new software tool Quill.

Also Read: How to check whether your PC is ready for Virtual Reality?