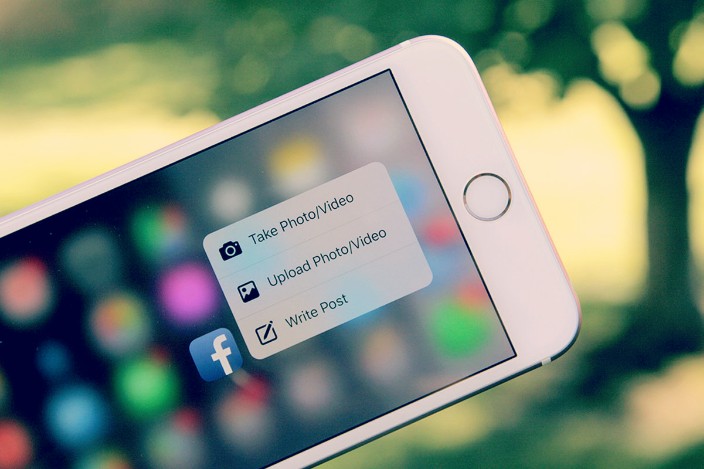 Facebook is in plans to bring more 3D support in Apple’s iPhone 6s Plus and iPhone 6S. The company is going to add new 3D touch features inside the app within the Newsfeed and Timeline.

3D Touch in iPhone 6s and iPhone 6s Plus allows users to control an app in a new different way. It allows users to preview all the content of an app by long pressing the icon of the app which thereby allows the users to view the options of the selected app without actually having to open it.

Say if you would long press the icon of Weather app, it will then display top three locations in your list of cities. Long pressing the settings app will allow you to jump instantly to Bluetooth, WiFi, wallpaper or battery settings of your iPhone device.

In a way, although 3D touch allows you to control an app without opening it, it can be used well within the app as well to control the internal functions. And that’s where Facebook is working on right now, to bring the 3D support in its News feed and timeline in its iOS app. However, Facebook had already added 3D touch support in October earlier that allowed users to “Write a Status update” and “take or upload photos” by a long press on the icon of Facebook.

We had earlier reported that 3D touch got an update in iOS beta 9.3. As more exciting features are expected to be added by the time iOS 9.3 is slated for a global release, we can assume that Facebook will consider all the necessary options that are available to bring in the best experience to its iOS users.

As not every app has used this feature, 3D touch is still an inch shorter to be called as a very popular feature, but it is certain that this feature is going to be available in almost all the  apps and devices in the days to come.