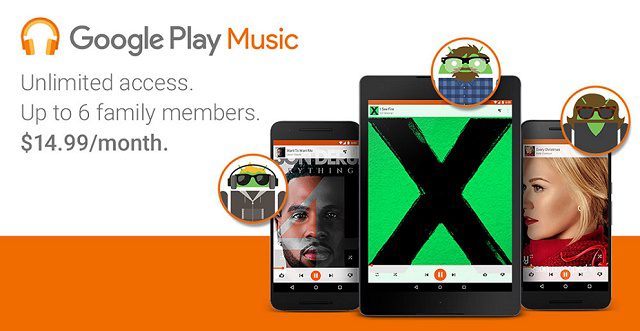 Google announced a family plan for Google Play Music in September and it is finally available now.

Google offers ad free music services for paid subscribers that can be heard using the apps in iOS and Android or through Play Music website and now this service is available for sharing among your family members.

Don’t Miss: Advantages and Disadvantages of iPhone 7
While other leading music services would cost you around $9.99 a month, this family plan for Google Play music comes at $14.99. It is similar to Apple music’s family plan which also costs $14.99.
If there are six members in your family, it would cost only $2 per member which makes the service cheaper than the other leading music services and the good news is that Google will also allow the users to have separate playlists and favorites list.
The family plan is available only to users who are living in US, UK, Canada, Australia and Germany. Users living in other countries will not have to get worried as the feature is likely to be available in more countries very soon, but the Google has announced neither a schedule nor the list of countries where they would launch this service.
At the end of the day, the family plan for Play Music is cheaper in terms of cost and better in terms of features.
You might also like our TUTEZONE section which contains exclusive tutorials on how you can make your life simpler using technology.
Google Google Play Music