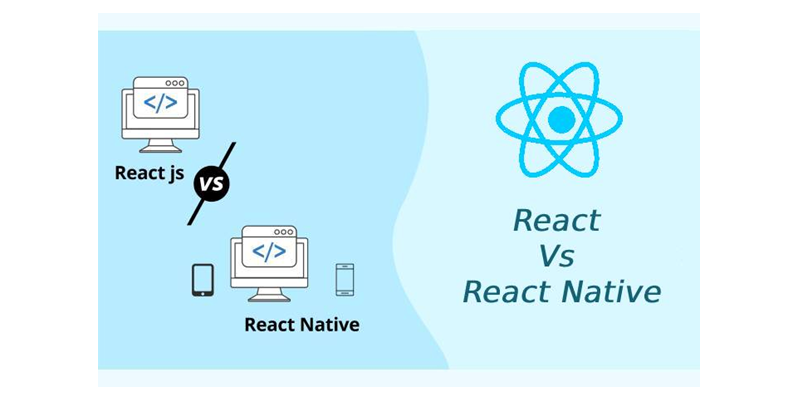 Reactjs is an open-source library that was developed by Facebook. It was designed to simplify the process of building interactive UIs with JavaScript. React has gained popularity among developers because it enables them to build user interfaces without worrying about how their code will be rendered on the client-side. Because it allows developers to take advantage of the virtual DOM, which updates itself automatically as changes are made to the UI.

React uses the JSX syntax, which converts HTML-like markup into JavaScript functions that are easier to read and understand. It also offers tools for handling the DOM and state that are executed at certain points in time during an application’s life cycle.

It has a number of features that make it stand out from other web development libraries/frameworks, such as:

The advantages of Reactjs are as follows:

3) Quality – Reactjs is a top-level framework for building dynamic UIs, which makes it easier to deliver high-quality applications in less time.

4) Community – The growing community of Reactjs helps in building large and complex applications.

6) Architecture – Reactjs is an architecture that supports the development of large and complex applications without compromising on performance or code quality.

Reactjs has some disadvantages too when it comes to performance. These include:

What Is React Native?

React Native is a cross-platform mobile application framework that helps developers build native mobile apps with JavaScript. It’s an open-source project that was developed by Facebook.

It is a new way of developing apps for both iOS and Android with a single codebase. It has been designed to provide you with the best experience possible while also making sure that it doesn’t slow down your app.

The idea behind React Native is to make it easier for developers to build cross-platform apps without having to worry about differences in platform features and APIs. It has been embraced because of its ease of use, speed, and scalability.

React Native is used in a lot of different areas, from games to apps like Instagram that run on both iOS and Android.

React native provides a lot of advantages for the developers and for the end-users. Some of the advantages include:

1. Developers can build apps for both iOS and Android in one codebase

3. Developers can reuse code across platforms since React Native is written in JavaScript

4. The app performance on different platforms is similar to each other because they share a similar codebase

5. Developers can test their app on different platforms without building a separate app for every platform

6. Developers can reuse code from other apps

7. React Native is open source, which means anyone can contribute to its development, and everyone has access to the same information on how React Native works

React Native has a few disadvantages, which are outlined below:

So this was all about React vs. React Native. We are hoping after reading this article, you will be in a much better position to make an informed decision for the development of your next project. But here’s a thumb rule, if you’re gonna develop a web app, then choose Reactjs, and if it is React Native, then go with React Native.

EnProwess is a global offshore development company who have successfully delivered 100+ projects. Our developers have experience working with startups, SMEs, and MNCs; in short, our developers are adaptable and obviously experienced working with various technologies.

Our mission is to help budding entrepreneurs and small and medium-scale enterprises in enabling technology in business operations. For more information or quotations, visit our website.

For other tutorials, visit our PROGRAMMING section. You will be glad that you paid a visit there. Trust me. It’s worth visiting.

Chirayu Joshi is the CEO of EnProwess – an emerging custom software development company that offers mobile app development, web app development, dedicated developers, and software testing service at a competitive price. His bold leadership and foresight have taken the company to great heights. He loves to read and share his insights on the tech industry.