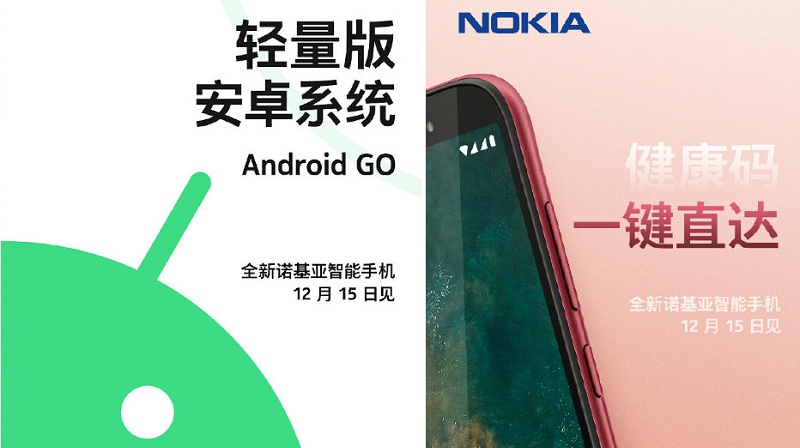 The certification site revealed the design of the Nokia TA-1335 4G Smartphone that got certified by TENAA recently, probably as per the rumor the above new Nokia Android 10 Go Edition phone could be C1 Plus.

As, per the certification site the Nokia phone is powered by quad-core processor. It comes with 2GB of RAM, 64GB storage with an expansion slot and packs a 2500mAh battery.  The camera features include 8MP front and rear cameras both with LED flash. The dimension of phone is 81×44.5×22mm dimensions and weight is 122g weight.

The price of new Nokia Android 10 Go Edition phone has not been revealed yet, however it will come in Red, Navy Blue and Champagne colours. We will know the price and detailed specifications once it is announced on December 15th.