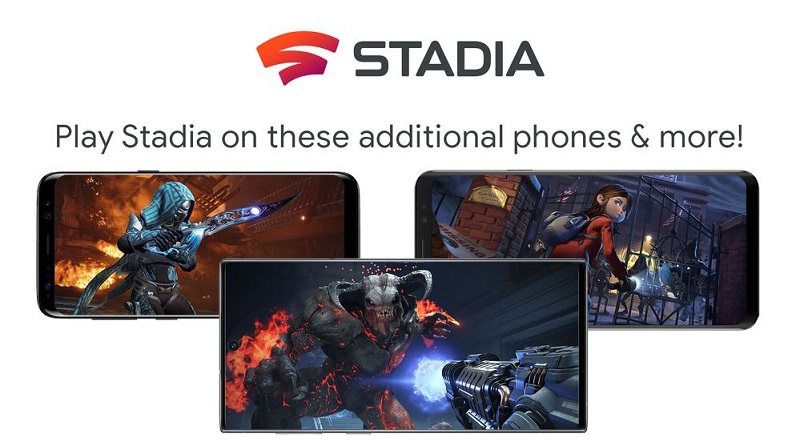 Now, games get ready for an unbeatable experience as today the ASUS Republic of Gamers (ROG) Phone and Google Stadia™ online cloud gaming platform have announced an exciting partnership. The Google Stadia app will be preloaded on the upcoming next-generation ROG Phone, which is due to launch in 2020. ASUS ROG Phone is one of the first wave of smartphones to partner with Google Stadia gaming platform.

The ROG phone users will also now be able to stream the very latest games of Stadia via WiFi directly and there is no need for downloads now. Since, Stadia supports up to 60 fps gaming in resolutions up to 4K UHD, with HDR and 5.1-channel surround-sound support, it is a perfect match for the hardware capabilities of the powerful ROG Phone. Stadia combined with the ROG Phone mobile gaming ecosystem cements ROG Phone’s position as the most desirable gaming phone on the planet.

Please note Google Stadia™ is supported but not preloaded on ROG Phone and ROG Phone II.

However, not only ASUS ROG phone but Stadia is about to play games on WAY more phones. Because, as per the announcement beginning February 20, users can play games on Stadia using a broad new selection of mobile devices. In addition to the Pixel family, Stadia will now support phones from Samsung, ASUS, and Razer. You’ll also soon be able to play on the brand new Samsung S20 line. More supported phones means you have even more ways to play games when, where, and how you want with Stadia.

As, it was already compatible with Pixel 2, 3, and 4 devices, Stadia will let you play games on more than 20 different Android phones beginning February 20. You can also play on tablets, laptops, and desktops, as well as TVs 2 through Google Chromecast Ultra.

Support for these mobile devices begins later this week. Play on a smartphone you already own with Stadia. Whether you’re using Stadia Founder’s Edition, Stadia Premiere Edition, or a Stadia Buddy Pass, enjoy playing on new phones.