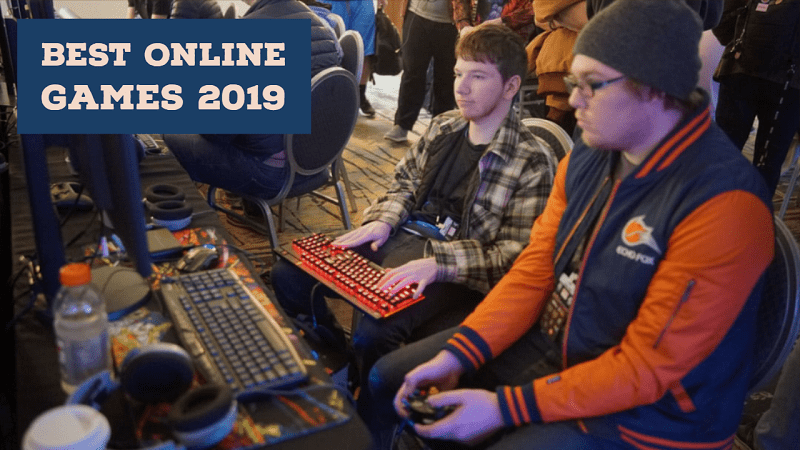 Every once in a while, human minds crave for some time off from the daily havoc. Thanks to the dynamic virtual world, this has become quite easy. You do not have to take a cab and move downtown to watch a match or hang out for a gaming duel with your friends.

Now, it’s pretty easy to play a fun-filled and interesting game with your buddies right from your home. You can even play when commuting to your workplace or waiting for your turn at the dentist.

It’s natural to look out for games that keep you hooked for a long time. For that, you can log on to different platforms and find out the games that are currently trending in the market.

Before you set off, it is important to understand the difference between online and offline games. Online games must have connectivity as a major feature. As for the offline, you only have to download them once. Then you can play them anywhere without having to worry about connectivity. However, there may be a need to upgrade its version time and again.

When comparing the popularity of offline and online games, we found that online games attract most players because of their live-action. But we cannot state a single game to be the best for a long time. The list varies with time as gamers play and leave the games when new ones enter the market.

Here is a quick rundown of some popular titles for the year 2019:

Since 2017, PubG has taken the gaming world by storm. It kicked off the battle royale craze among the players. As of now, it has over 50 million online players across the globe.

The storyline follows a mercenary who lands into an island along with 99 other players. The graphics and situational representation tend to keep the players intensely involved in the session. They have a mission where they can use armor and H1Z1 to beat their enemies.

Although it has been in the market since 2017, it was not until 2018 that this game took rage in the gaming world. The number of its online players goes up to 39 million. It ranks next to PubG. That is because it’s more into the boys’ zone. While PubG is popular in both genders.

One hundred players jump into the map, scavenging armor and items to eliminate the opponent teams. Each fights to be the last man standing alive.

Fortnite was top among all games in 2018, according to the ranking by Apple.

Developed by Riot Games, this title is an evergreen name in the gaming world. Its stunning mode scene and over-the-edge excitement are beyond comparison. The launch year of this game is 2009 and ever since it has about 27 million online players.

This game enables an individual to control their “champion.” It fights against other champions on the ground. It’s a multiplayer game with integrated RPG.

This falls into a different genre from the ones mentioned above. It is a free, online card game created by Blizzard Entertainment. It has 29 million online players, according to the recent stats.

The player has to collect cards with characters and spells. They have to use their collection to build decks of 30 and fight with others. Apart from such matches, there is also an option to play as an individual in the Solo Adventures section. You can pick from the categories like Rumble Run, Monster Hunt, Dungeon Run, and Puzzle Lab. It enables you to play without any pressure of time limits.

Developed by Finnish designer Arvi Teikari, this is a meta-puzzler game. The player has to follow the rules of each level. These appear as blocks on the screen. You have to move them around by crafting your solutions.

The love for pool games goes back to a decade. 9 Ball Pool by Unlimited Gamez Mo tends to revive the old excitement among the audience. It briefs about the whole process initially so that the players have complete information before they set off.

You can play as a multiplayer or against the server. The target is to pool nine balls in a limited timeframe.

Splatoon is a colorful game that involves multiple players. It is a shooter game but one that stands apart from many others in the genre. It is the creation of Nintendo, and that is why it’s available only on Nintendo Switch. This game has five million players online.

Players have the mission to color the entire map area allotted to them. The levels of ease keep decreasing as the player advances further into the game.

Valve Corporation launched this game in the year 2015. They spent millions of dollars to create this multiplayer game.  The game has top-notch production quality and follows the pattern of its predecessors. It has five million players online.

It enables gamers from across the world to battle against each other in various leagues and tournaments. Once you complete a certain level, the game rewards you with an upgrade.

Developed by Mojang in the year 2011, this game has the largest number of online players, that is 91 million.

It has several levels where the player must struggle to survive. They have to construct their campus and overtake the animals, people, and food in the town. It’s a 3D sandbox game with modes like spectator mode, creative mode, survival mode, and adventure mode.

Capcorn released the revised version of this game in 2019. It follows the same pattern of its prequel where the protagonist  Lione and Claire must get rid of the zombies to save themselves. The horror it depicts is classic, yet tags along with a new touch. For this reason, Andy calls this game to be “tense, challenging, and beautiful.”

Scientists are coming up with multiple positive aspects of gaming. For instance, a study discovered that exposure to ten hours of gaming could improve cognitive functions among people over 50 years.

Nonetheless, it’s integral to understand your caliber and preferable genre before you download any game. We are sure that you will find hundreds of online games that boost your mental functions. And we also hope this list helps you figure out a few that you can go for.

Audrey Throne is the mother of a 3-year old and a professional blogger by choice. Throne is passionate about lifestyle, business, automotive, technology and management and blogs frequently on these topics.