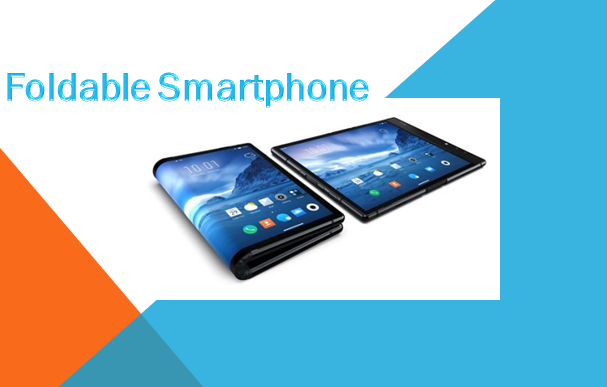 The fact that the screens of our mobile phones have grown bigger and bigger is indicative of our insatiable desire for large displays. Why wouldn’t it be? When we watch movies, play games, or otherwise browse the internet, a big screen always enhances the experience.

Moreover, some of us feel too handicapped while typing the messages from the small keyboard. Though we have accepted things that do rule out the possibility of getting irritated by this disability.

By the dent of the ease provided by big screens, tech-giants had put in a lot effort to experiment with flexible displays to unknot the hassles accompanied with small screens. While the companies had managed to offer curved screens in television and smartphones in the shape of Tablets, they had their downside too.

These screens were bent at certain angles during the manufacturing stage itself and could not be turned further by the users. Additionally, such technologies were vulnerable to breakdown owing to the constant folding and unfolding of the screen.

But even before Samsung, Royole- a California based start-up had given the consumers the world’s first foldable smartphone called FlexPai. This was released in Beijing, China during a flash sale. FlexPai has a 7.8-inch display that is handy when you want to work, read or watch videos on a bigger screen. For the other needs, users can fold it and make use of the other half of the screen.

The launch is expected to be somewhere in 2019. Google has also declared that Android OS will considered fine-tuned for harboring a foldable technology. Nokia, Apple, and LG have filed their patents for foldable technologies. LG and Lenovo have already showcased their devices equipped with flexible screens.

The ability of such foldable smartphones is due to the use of plastic substrates. The Plastic substrates are considered to be less susceptible to breakdown, but they can be bent to a certain extent only.

FlexPai, Royole Corp has explained that the use of organic light-emitting diode panel in the phone enables to endure more than 200,000 folding-unfolding actions.  However, experts have posted a question concerning its durability and battery life.

Samsung’s foldable smartphone has assured its roll-out in the year 2019. The nifty Infinity Display Screen of the phone has been tested by the Underwriters Laboratories Inc. which certified it.

The Infinity Display screen is made of a solid substrate of organic light-emitting diode (OLED) and layered with flexible plastic over it. This makes it less susceptible to cracking when folded. The foldable screen may not rule out the breakage of screens in toto, but the rate will scale down to a large extent.

We very well know that front camera is designed to click portrait images, selfies, and video calling. On the other hand, rear cameras are made to snap everything else.

With foldable displays, there will be a single camera which may act as both the front and rear camera. Therefore, companies will focus on investing hugely on creating outstanding camera rather than dividing their attention on two of them.

Flexible screens have the apparent advantage of turning a single display into two displays. Foldable smartphones can enable multitasking benefits. You will readily be able to view the previous app that you recently accessed on the phone.

All in all, it is presumed that such benefits of foldable screens will transform the saturated market of mobile phones and cause a trailblazing change in the experiences of consumers.

Of course they’re not for everyone so whether they truly take off remains to be seen. As you can see foldable smartphones aren’t yet on the minds of mass market consumers with rugged phones still far more popular:

That is no surprise as if you would prefer a phone that’s going to stand the test of time (and a few drops). Then a foldable phone is not going to survive being dropped, falling in water, and being covered in dust or sand.

However, consumers are waiting for Samsung to make its big announcement of pumping in the world’s first foldable smartphone. Our experiences of watching movies, browsing the internet, video calling, etc will get redefined into finesse with foldable smartphones.