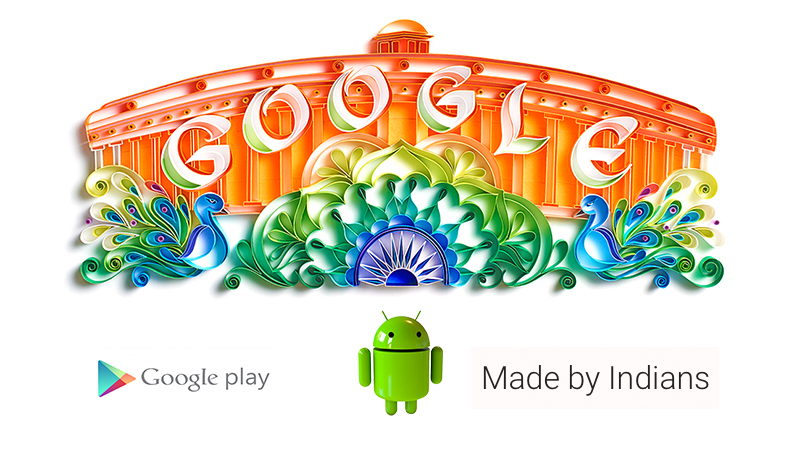 With the Independence Day around the corner in India, all the firms and platforms are trying their best to attract the users in the name of patriotism. While the Amazon has its freedom sale, the Google is trying to remind Indians of its Independence Day via its Google PlayStore platform. The company is showcasing the leading apps made by the Indian Developers on the PlayStore. More like an award, you know. 5 apps have been listed under the banner called, ‘Made by Indians’.

And all these apps have different determinations. You should be able to find this banner once you scroll down the home page. The list of apps includes one of the most widely used apps such as BYJU’s e-learning app, Dailyhunt, ShareChat, Zee5 and HealthifyMe.

Let’s now have a look at each one of those apps and their purposes in detail.

The BYJU’s app is one of the most widely used e-learning apps used by the students and learners in the Indian sub-continent. They have content that targets students across different classes and even assists college students in building their careers. If you are a learner and haven’t installed this app yet, now is the right time to install it. Because it is always better late than never.

Dailyhunt is an app that focuses mostly on the news content and reading. It allows the users to find the new stories in their chosen languages. You must not wonder to know that the news available on the Daily hunt is only curated from other leading sources and no any news is created by the app. They do this from around 1000 sources in 15 different languages.

For those of you who are not aware of this ShareChat app, it is a social media platform which will allow the users to share stories in up to 14 Indian languages. Almost all the content you would find on the platform is user-generated and viral topics. The users would be able to find content across as many as 25 topics like current affairs, entertainment, humor, and romance.

All thanks to the inception of networks like Jio in the country and a decline in the prices of mobile tariff plans, the demand to watch the videos now is more than ever before. Just like any other TV networks, Zee has created a VOD service which will provide exclusive content from more than 90 of Zee’s TV channels. In addition to the Live TV and TV Shows, the app also provides movies.

This app allows the users to connect with nutrition and health experts. It is inspired by the lack of importance and awareness given to general matter health. One of the vital features of this app is a calorie counter that provides calorific values of fast-food items and Indian food. With more than 5 million downloads and a whopping average rating of 4.6, there is no doubt that it is one of the best health apps available on the Google Play platform.

What are your views on these apps? Share us your views in the comments section below.

For more similar latest updates, stay tuned with our NEWS and PICKS section