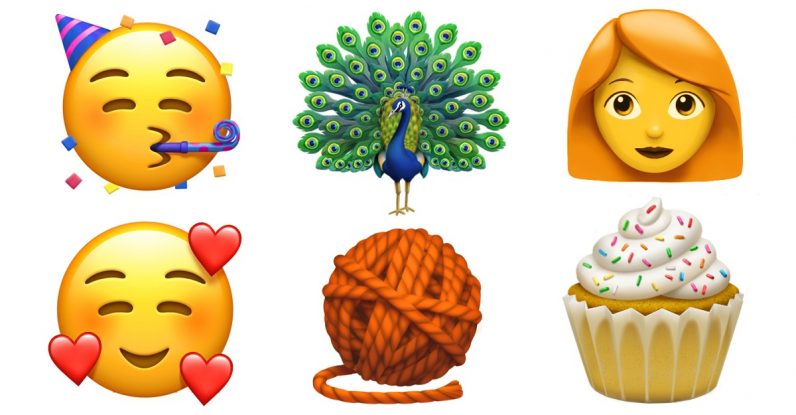 The tech-giant Apple has released the preview of the upcoming 70 new emojis that will be seen in iPhone, iPad, Mac and Apple watch devices via a software update for free. This preview was released to the public to celebrate the World Emoji Day on July 17.

The new addition will eventually bring company’s plans to add redheads to the roster of human emoji in addition to the human emoji, along with bald heads, curly hair and grey hair which means that there is a lot of update in hair. All these updates of the hair come with a full range of skin tones as well.

The face updates of the Emoji include a party hat with a noisemaker, a pleading face and a freezing face. You will also find many food emoji such as moon cakes, mangos, cupcakes and lettuce. Animal emoji also include lobsters and a very beautiful peacock.

You will also find a collection of miscellaneous emoji among the rest. For instance, you will find a new male and female superhero emojis, infinity symbol and a Nazar amulet with an evil touch. The emoji that really touched our hearts is the orange ball of yarn.

Most of these emojis are to be added in the 11.0 update of Unicode which also comes with a set of another 80 emoji. This update comes with emoji such as receipt and llama. The Apple has stated that this update will be rolled out later in this year.

What are your views on the upcoming Emojis? Share us your views on your current favorite emoji and let us know why you like it so much in the comments section below.