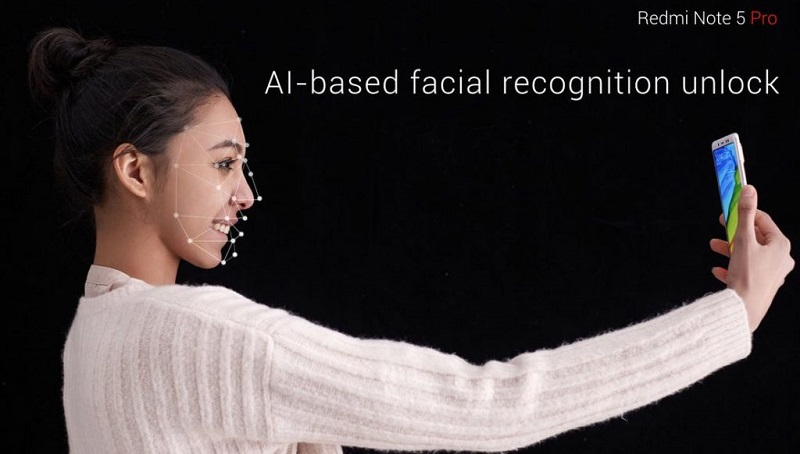 Last week in India, the Xiaomi launched the company’s latest smartphone Redmi Note 5 Pro. The first few sales on Mi.com and Flipkart.com lasted only a few minutes as all units were sold out in a short span of time. The company had earlier promised that it would bring the Face Unlock feature through an OTA update by the end of the March. But, to all our surprises, the Xiaomi released the OTA update to bring the Face Unlock feature in Redmi Note 5 Pro smartphones. This is the first Xiaomi smartphone to get this feature in India.

Xiaomi showed us a glance on how this feature works and stated that it works faster than a fingerprint sensor using high-accuracy matching mechanism within 500 ms. But, you must note that the Face Unlock feature is not as safe as the fingerprint sensor.

The latest MIUI  v9.2.4 NEIMIEK update is of 1.6 GB in terms of size and will also add stability optimizations and important camera improvements. This update is already update for the review units and for those of you have ordered the phone today, you will get the update soon after you start the smartphone.

To remind you, the sale of Redmi Note 5 Pro on Mi.com and Flipkart is planned on February 28.

Share us your views on the Redmi Note 5 Pro and Face Unlock Feature in the comments section below.