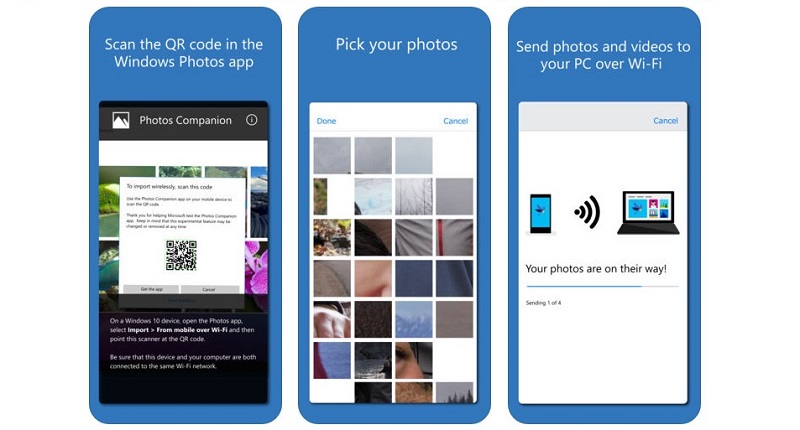 Today, Microsoft have released a new photos app called as ‘Photos Companion’ that let you quickly transfer photos and videos from Phone to the Microsoft Photos app on a Windows 10 PC over Wi-Fi. The app has been released for both Android and iOS users.

As, per Microsoft they began to develop this app to help students as they found several of them faced the issue of getting the content they captured with their phones onto their project PCs. This app has been built to support direct wireless transfer between any phone and the Photos app on any Windows 10 PC. Using, this app now anyone can easily transfer photos or videos to their own computers without worrying about mobile data charges or network speeds issue. 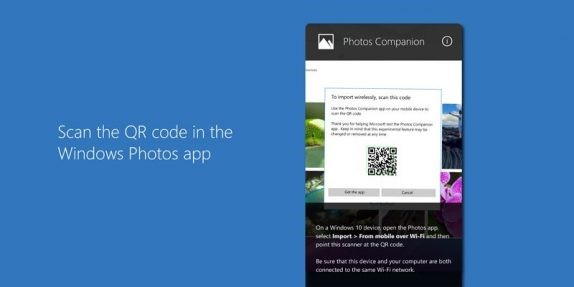 To use Photos Companion app you will have to make sure that the Phone and PC are on the same Wi-Fi network. Just scan the QR code to temporarily link the Windows 10 Photos app and start the transfer. You can also transfer the photos in Photos Companion app and edit, enhance and customize with ink as well as share with friends. If, you are already using OneDrive or any other cloud service this app isn’t probably for you.

The Photos Companion app has been built specially for students and educators in mind, but it will be useful to anyone. Like you can send media from your phone to your friend’s PC, create a video project or just have a special photo from your mobile to PC for further customization.

This app is available to for Android and iOS user, and you can download this right now for Windows 10 and give it a try.