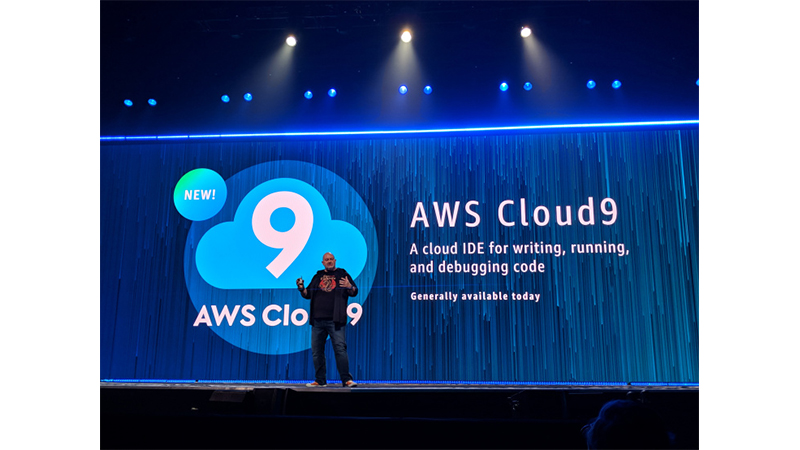 Amazon launched its latest browser-based IDE, AWS Cloud9 at the company’s re:Invent conference in Las Vegas. As the matter of fact, Cloud9 is a company which was acquired by Amazon last year. It is based on the Ace Editor.

When the reports initially emerged regarding the Amazon’s deal with the Cloud9, the officials had refused to comment or confirm. Now, we can substantiate that such a deal had taken place without any doubt or second thought.

Cloud9 is not really different from other IDEs which are already available in the market. However, the company has pointed out that it will support collaborative editing and is integrated to AWS ecosystem very deeply. The IDE app also comes with built-in support for programming languages such as PHP, Python, Javascript and much more. You will also find the pre-installed debugging tools in the Cloud9 IDE.

AWS also claims that this is the first “cloud native” IDE. Anyways, it will be interesting to see if how the competitors will react to this claim.

The highlight features about Cloud9 IDE is that it is integrated with the AWS very deeply, lets the developers to create cloud environments and begin instances right from the tool. The rivals of AWS such as Google and Microsoft also provide IDEs for mobile and cloud developers with a similar AWS’s like direct integration with the Cloud9. Nevertheless, the Visual Studio by Microsoft provides several third-party services and handful of integrations.

Are you interested in Programming? If yes, you will definitely have to pay a visit to our PROGRAMMING section where Mr Ranjit Ranjan, who has over 12 years of experience in the field of IT industry is shedding his wisdom on this subject on our site. Trust me, it is worth paying a visit and you will not regret it.