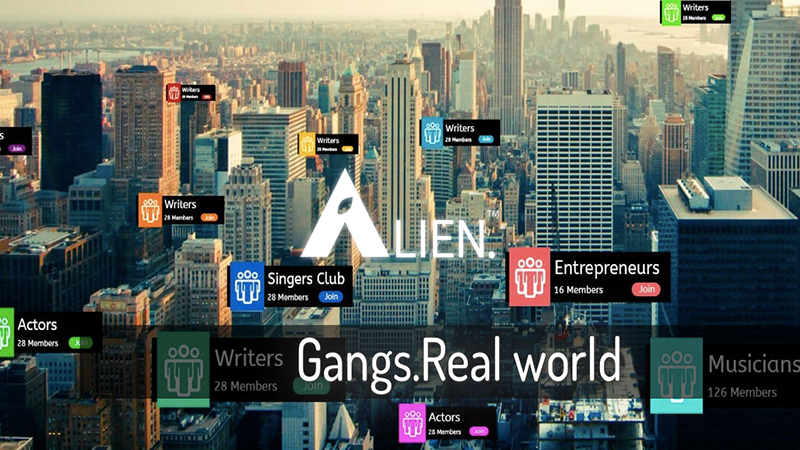 The world today is a global village. All thanks to the social networking websites like Facebook, we are all connected with our beloved ones even though we are living in different locations. The 21st century demands both you and I to go to other places and explore new things for our survival. During such times of travel, you will need information on the ways, the hotels, the restaurants and the things that they are famous for. Please don’t tell me that you would go to google.com or use Google Maps to obtain the information. That’s old fashion.

Have you ever thought of accessing information like how Bruce Wayne does in Justice League? Or how Tony Stark sees in the Iron Man with all the holograms? It’s possible now if you have an Android smartphone. Yes, a group of software geeks from the God’s own country have developed India’s first ever augmented social networking app called Alien and we find it as an eye opener for such unlimited possibilities.

Alien is currently available only in the beta stage on the Android platform and the company’s official website says that its iOS variant is around the corner. The beta app currently requires you to have the Android version 4.4 and above. We installed the app on our mobile for the testing purposes. To our surprise, the Alien just blew our mind. And all it required was the camera of our smartphone with an active internet connection.

Once installed, the Alien opens without any hindrances or lagging. The application primarily depends on three concepts called vaults, places and balloons and they are displayed as icons as you can see in the screenshot slideshow above.

The Vault is more like a profile of a user. To access it, you will have to tap on the first icon at the bottom after launching the app. The users can have either permanent or temporary vaults. While the former relies on the neighbourhood you are living in, the latter will be useful when you are visiting a new place. For instance, say if your residence is in Kochi, the vaults associated to your locality in Kochi would be permanent which includes the hotels and restaurants you’d visit very often. And say if you are on a business trip to another city, you can obtain information on the place you are visiting through temporary vaults. Besides viewing the information in a vault, it also allows you to chat with the owner.

Just as the name sounds, the places will display the information on the buildings etc. To access it, all you will have to do is just tap on the second icon after launching the app. And as you keep spanning to the right or left or to any other direction, you will be able to view the information of the places you view on the screen in attractive cards within the camera.

The third icon at the bottom on the main screen is all about the status updates. You will be able to view the Facebook like status updates in the form of balloon shaped cards which is very exciting. As you’d keep walking in any area, the app will show you what the people living in there have got to talk about with the help of these balloon shaped status updates within the camera view of the app.

At the end of the day, the Alien app is more than the features that have been described here above. Though it doesn’t really have the hologram feature, you can still feel like Tony Stark or Bruce Wayne as long as you have it installed on your smartphone. Moreover, as it is still in its beta phase, many features are yet to be added. We are pretty sure that by the time the stable version is slated for release, the Alien will hit the gadget world by a storm.

For your convenience, we are providing the link to download the Alien app from the PlayStore here below.