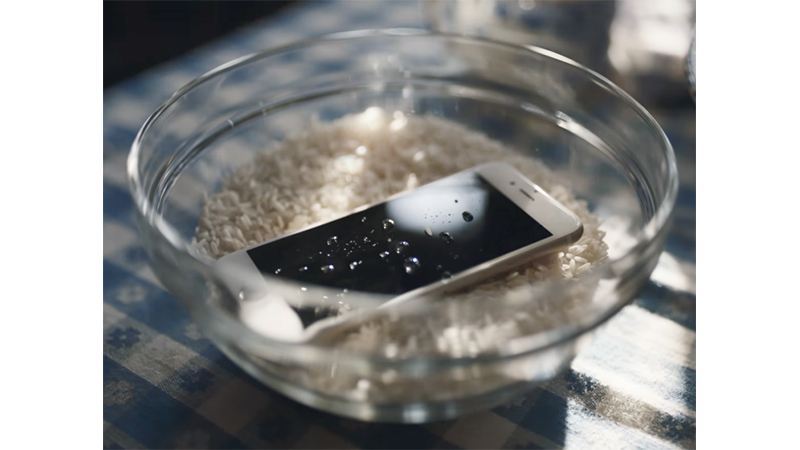 The battle between the Apple and Samsung is not a new thing. They have been doing it in the name of the copyright and patent issues in the courts for the past couple of years. It is also more like a verbal fight between the Android and iOS users about who did first and who did the best. I feel like both the Samsung and Apple are children who are bragging about their achievements and who copied whom.

That being said, as part of their childish act, the Samsung has directly trolled the Apple’s iPhone and its fans in its latest ad. The latest commercial by the South Korean company shows the Apple Vs Samsung war very clearly. It shows about a flashback in 2013 when Galaxy Note 3 sported 5.5-inch display and the Apple continued to use the 4-inch display in its iPhone 5S. The 2016 period in the video brags about the waterproof ability of the Galaxy series smartphone while the iPhone is placed in a bowl of rice.

This is followed by the iPhone dongle accessory which the Apple had introduced in 2017. The advertisement which is making headlines with a tagline of “growing up” is clearly trying to say that the Samsung is one step ahead of Apple always in terms of the hardware.

However, the Apple now has the final laugh as the Supreme Court rejected the appeal of Samsung and the South Korean company will have to pay $120 million to Apple. Still, we at TechDotMatrix feel like the Apple might come up with an ad to give an answer to the Samsung’s flagship smartphones very soon.

Thanks to this new commercial, as of now, the Samsung and Android fans will have an edge over the Apple users in their discussions on who is the best at least in terms of the hardware. However, share us your views in the comments section below.

For tutorials on how you can make your life simpler using technology, visit our TUTEZONE section.