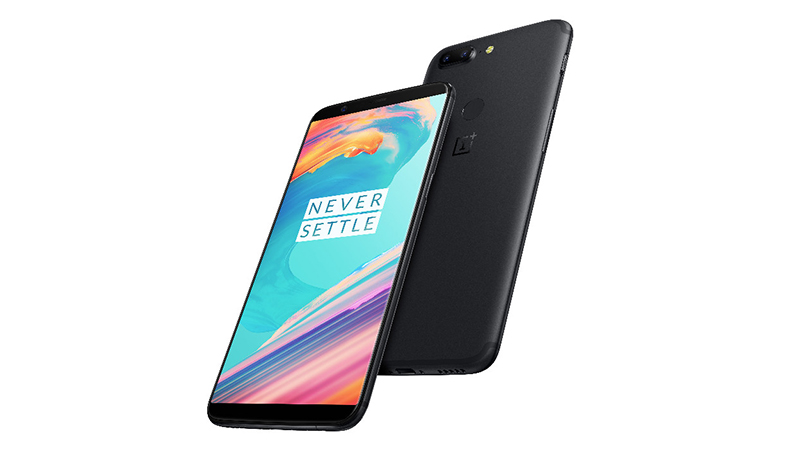 As expected, the OnePlus introduced the company’s latest smartphone, OnePlus 5T at an event in Brooklyn, New York. The body of the OnePlus 5T is almost identical to the OnePlus 5, but the former sports a 6.01-inch Full HD+ Optic AMOLED display at an aspect ratio of 18:9, 80.5% screen-to-body ratio, and DCI-P3 color coverage.

The company has moved the fingerprint sensor on the back of the smartphone as there is no any home button besides a large screen. In the camera department, the OnePlus 5T features the same 16 MP primary camera with wide-angle lens and f/1.7 large aperture, but the telephoto lens of the OnePlus 5 has been substituted by a 20MP sensor with f/1.7 aperture to capture great images in low light conditions and offer an advanced Bokeh effect.

OnePlus 5T also comes with face recognition feature which can unlock the smartphone in 0.2 seconds. The mobile runs on the native Oxygen OS 4.7 which is based on the Android 7.1.1 (Nougat) out of the box. The UI is said to bring several customizations, Gallery Map, Parallel Apps and much more.

OnePlus 5T will be available in Midnight Black color at a price of Rs 32,999 ($499 in the U.S.) and 37,999 ($559 in the U.S.) for the 6 GB RAM and 8 GB RAM variants respectively. The mobile will be available for order via amazon.in from November 21 for Prime customers. The mobile can also be bought via OnePlus experience store in Bangalore and OnePlus India Online Store as part of an early access sale.

The Android has arrived in the form of a new beast. That’s what we feel about the OnePlus 5T smartphone. However, share us your views on the OnePlus 5T mobile in the comments section below.