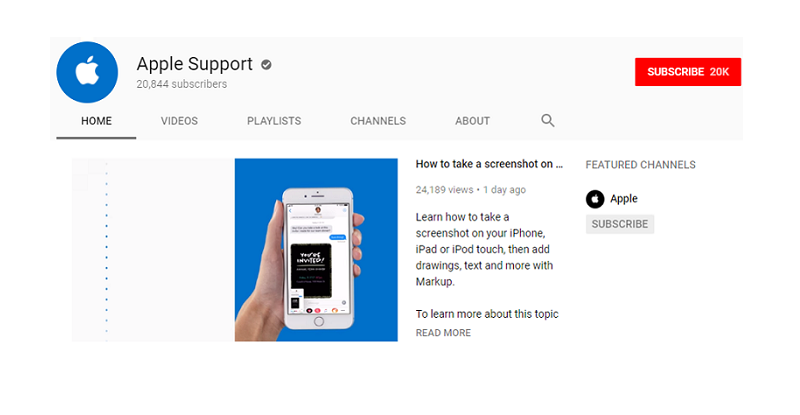 Apple is serious about expanding its reach in the social networking platforms. The company has just unveiled a new Apple YouTube channel to guide people on how to use the Apple gadgets such as iPad, iPhone using the video tutorials. The first bunch of videos on new Apple YouTube channel concentrates on easy tasks such as adding attachments, taking screenshots, changing wallpaper, deleting photos and much more.

To prevent you from getting bored, the Apple has made sure to keep the duration of these videos very short. The longest video so far in the channel is around 2 minutes. To help the people from across the world understand the issue better, the company has also added the captions for accessibility.

The tech giant has not provided any formal statement regarding the plans it has for the latest Apple YouTube Channel for tutorials, but it looks like the new videos will keep appearing on the channel every now and then. We are also not sure whether how many videos will appear at the same time. We will have to wait and see how the company will post the videos.

The new channel has already around 7000 subscribers so far and every video has the views in hundreds. The most popular video in the channel at present is “How to Take A Screenshot” with more than 2000 views.

Share us your views on Apple YouTube Channel and in the way the Apple is reaching out to its customers via the social networking accounts.