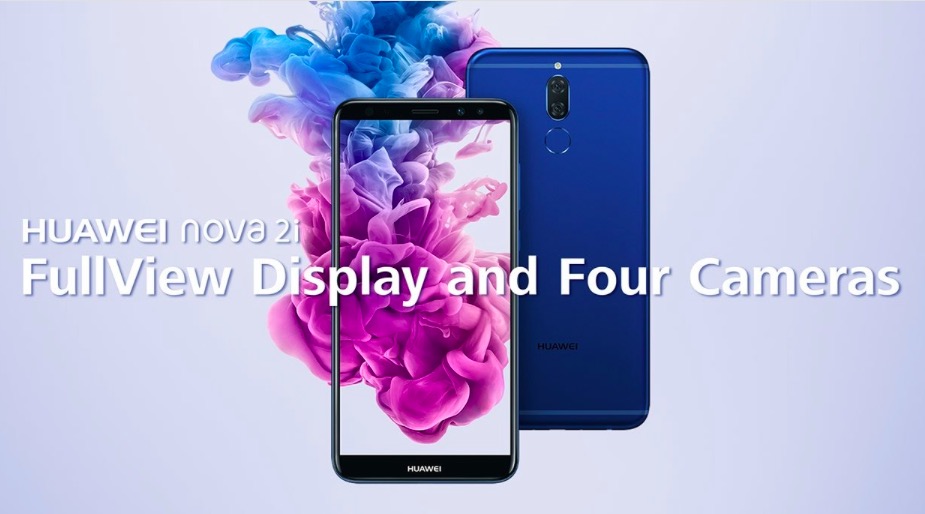 Huawei unveiled the company’s latest smartphone in the Nova series, Huawei Nova 2i in Malaysia. One can join this mobile in the club of Huawei Nova 2 and Huawei Nova 2 Plus devices which were launched a few months ago in this year.

The Nova 2i is also following the current trend by sporting a full view display with 18:9 aspect ratio and featuring four cameras, two dual cameras each on the front as well as the back. It means that you will be able to click photos in portrait mode with great bokeh effects using both the front and back cameras. Let us now have a detailed look at its specifications.

The device comes with 4 GB RAM and 64 GB internal memory.

The mobile supports all the basic connectivities.

It packs a 3340 mAh battery to power the user interface. According to the company, the battery management will provide at least two days of standby time.

Our view on Huawei Nova 2i

Huawei is following the current trend by introducing a mobile with full view display and dual cameras on the front and back. Although it is not going to get the attention of those who have fixed their eyes on the iPhones and the Galaxy Note 8 devices, we are expecting the Nova 2i smartphone to make a small mark in the market.

For more similar posts, visit our NEWS and MOBILES sections.