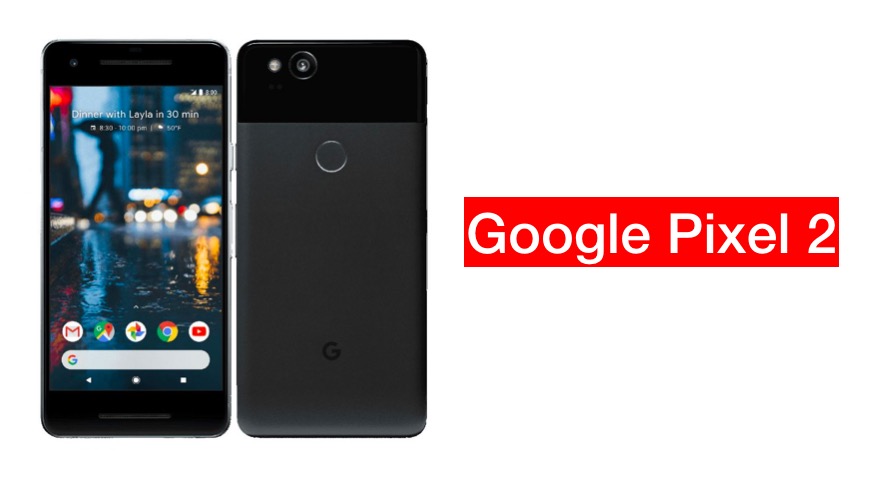 As expected, the Google showcased its latest smartphone, Google Pixel 2 in the Pixel series at an event in San Francisco. The mobile comes with 5-inch 1080p AMOLED display, powered by Octa-core Snapdragon 835 processor and runs on Android Oreo out of the box.

Pixel 2 features 12.2-megapixel primary camera with LED Flash, Optical Image Stabilization (OIS), Dual Pixel and 8-megapixel front camera. You will be able to take portrait shots with great background blurs using both the front as well as back cameras. There is also a new feature which will let you capture a video for a few seconds while capturing photos. It also supports unlimited full resolution videos and photos.

There is a fingerprint sensor on the back which boasts an Aluminium unibody with hybrid coating and has Active Edge to launch Google Assistant quickly.

Let us have a detailed look at the specifications of Google Pixel 2.

It is powered by Octa-Core Snapdragon 835 Mobile Platform with Adreno 540 GPU and runs on Android 8.0 (Oreo) out of the box.

The device comes with 4 GB RAM DDR4X RAM and 64 GB / 128 GB internal storage that can be expanded to 256 GB using the microSD card.

The device is equipped with a fingerprint sensor on board to provide an extra layer of security besides supporting 4G VoLTE, WiFi 802.11ac 2x2MIMO (2.4/5 GHz), Bluetooth 5 LE, GPS, USB Type-C, NFC connectivity features.

For tutorials, visit our TUTEZONE section.