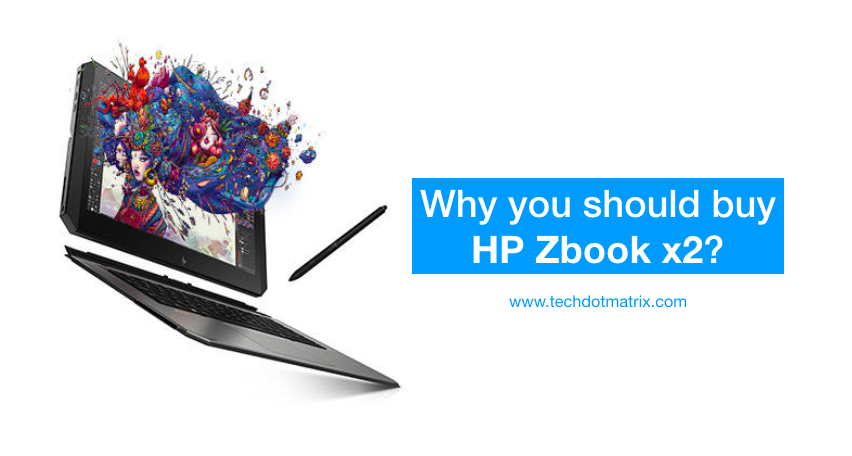 The laptops from the family of the HP are known for its battery life and outstanding support. A few days ago in the last week, the California-based company launched its latest product for the designers, HP ZBook x2 tablet. It is also the world’s first detachable workstation.

HP ZBook x2 is going to compete with the Microsoft’s prestigious Surface devices, both the Surface Pro and Surface Book. The beautifully designed backlit keyboard can be detached at any point of time and the device comes with dual-fan active cooling system. The best thing about the keyboard is that you can still use it even when it is detached via the Bluetooth. The 18 Adobe app shortcuts clearly indicates that the device is a must have for the designers.

You will also be able to dock the display with the Thunderbolt 32 via the HP ZBook Dock. The company also says that the Wacom EMR pen will respond right away without any delay with almost zero latency. The pen can detect around 4,096 levels of pressure. That’s not the best part. You don’t have to charge the pen.

In terms of specifications, the HP ZBook x2 tablet comes with 14-inch LED backlit anti-glare touch display at a resolution of 3840 x 2160 pixels. The company is providing 128GB, 256GB, 512MB, and 1TB solid state drive options. Other important features include 720p front camera, 8-megapixel primary camera and fingerprint scanner to provide an extra layer of the security. Watch this beautiful video below on HP ZBook x2 and it will definitely change your mind.

The device which is going to run on Windows 10 operating system is powered by quad-core Intel Core i7 or i5 processors that is clocked at 4.2 GHz. You will also get a massive 32 GB RAM. The battery is also a beast in this device as it comes with fast charging technology and lasts as long as 10 hours. You can charge the laptop to 50 percent in just 30 minutes.

Share us your views on the HP Laptops in the comments section below.