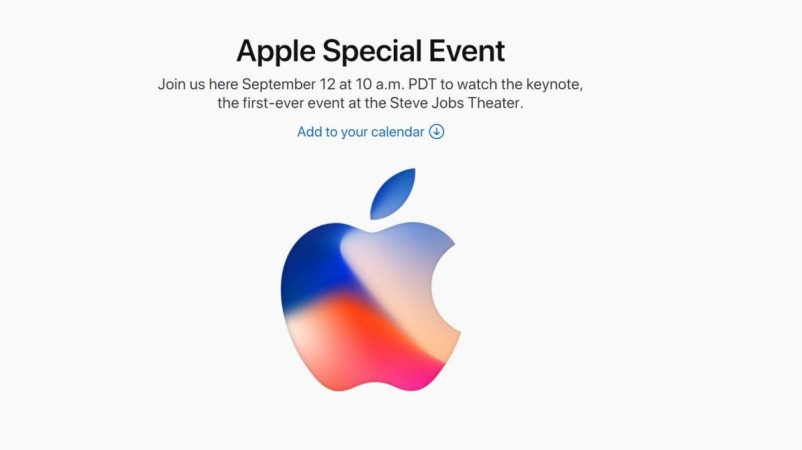 September 12, 2017 is more like Christmas and New year day for many gadget lovers around the globe. Because, the Apple is going to mark its 10th anniversary and the whole team at the company is probably giving final touches to all the preparations for its Apple event 2017 tonight. Just like the old times, we have witnessed rumors and speculations about what this event will be all about from several sources. A few leaks on iPhone 8, iPhone 8 Plus and iPhone X have also been reportedly quoted by several media organizations. But just like you and me, several geeks are eagerly waiting to have that final official glimpse on the gadgets and apps that could be launched today.

Don’t miss: Everything you need to know about latest Clips app by Apple

We can be sure about the launches of the iPhone 8, iPhone 8 Plus and iPhone X. But what else can we expect from the event? Let us have a look at each one of them here below.

iPhone 8, iPhone 8 Plus and iPhone X

As mentioned above, the Apple is expected to launch iPhone 8, iPhone 8 Plus and iPhone X smartphones. While the iPhone 8 and iPhone 8 Plus smartphones will sport the same LCD display, the iPhone X is likely to feature an infinity OLED display. We can also expect the facial recognition to replace the existing Touch ID fingerprint authentication. Instead of home button, the tech world is also expecting to control the upcoming iOS device with gesture controls.

In addition to the new devices, we can also expect the company to announce the release dates of MacOS Sierra and iOS 11.

The Apple is also expected to unveil the next version of AirPods. An LED charging bar is rumored to be present within the lid when you close it. The word in town is that the AirPods 2017 has a better battery life.

The upcoming Apple TV is finally expected to support the HDR and 4K content. The reports say that it is powered by the A10X chip. The tvOS11 is also likely to get an update along with Apple TV.

Besides the launch of iPhone smartphones, the company is also expected to launch the Apple Watch with LTE connectivity.

However, let us know what your expectations are on the Apple Event 2017 by commenting in the comments section below.

For latest tips and tricks, visit our TUTEZONE and PICKS sections.