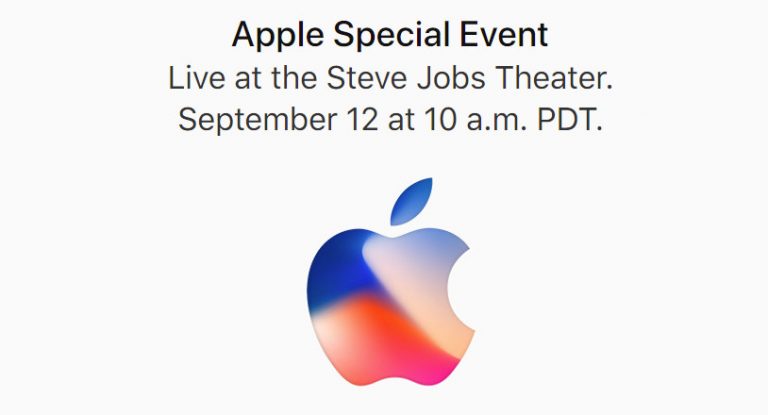 Interested in Apple Event? Good news for you then. Ending all the recent rumors, the Apple has officially announced its September event. The company has not revealed any other details apart from an Apple logo in Red and Blue colors with a shadow inside it. For the first time, the Apple is going to conduct its event at Steve Jobs Theater which is located on the brand new Apple Park campus. The event is important, because, we are all expecting the Apple to launch the iPhone 8 at the event.

As far as the rumors surrounding the upcoming iPhone is concerned, the iPhone 8 is expected to sport features such as wireless charging and edge-to-edge OLED display. There is also buzz that the company would replace the existing fingerprint sensor authentication with the 3D facial recognition technology.

The event of Apple is set for September 12 and will start at 10:00 AM PT (10:30 PM IST) and will take place at Steve Jobs Theater that’s located at the latest Apple Park campus in Cupertino, California. Just like the old times, you can view the event live on iPod touch, iPad or iPhone users with Safari on iOS 7.0 or above, Mac with Safari 6.0.5 or later on OS X v10.8.5 or later, or PC with Microsoft Edge on Windows 10 and Apple TV.

You might also like our TUTEZONE section that contains exclusive articles on how you can make your life simpler using technology. Trust me, you will be glad that you paid a visit there.