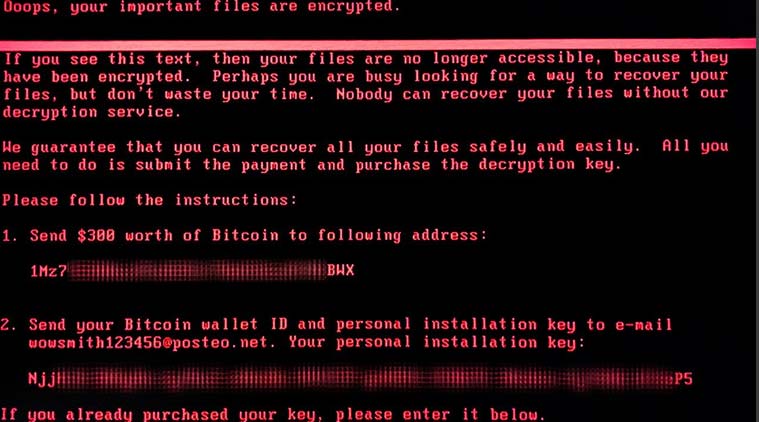 The world is still recovering from the widespread WannaCry ransomware attack which had hit millions of computers across the world. Now, another ransomware program is attacking the computers around the globe. The government of Ukraine, its transportation services, national bank and a few largest power companies have already become the victims of this cyber-attack Petya, that’s what it is called. Nice name though.

Another leading security company, BitDefender stated that GoldenEye was responsible for this attack. The latest Golden Eye variant in Petya comes with two layers of encryption. While one of them targets the files one by one on the computer, the other layer encrypts the NTFS structure. This inhibits the computers from being booted up in live OS environment and recover stored information or samples. GoldenEye also encrypts your complete hard drive just like the Petya.

Once the computer is attacked, you will have to pay $300 to use it once again. The attacks are global and several countries and leading organizations have reported the issue already.

Let us know your views on the Windows operating system. Do you still want to continue using it as it has been vulnerable to attacks for the past few weeks?