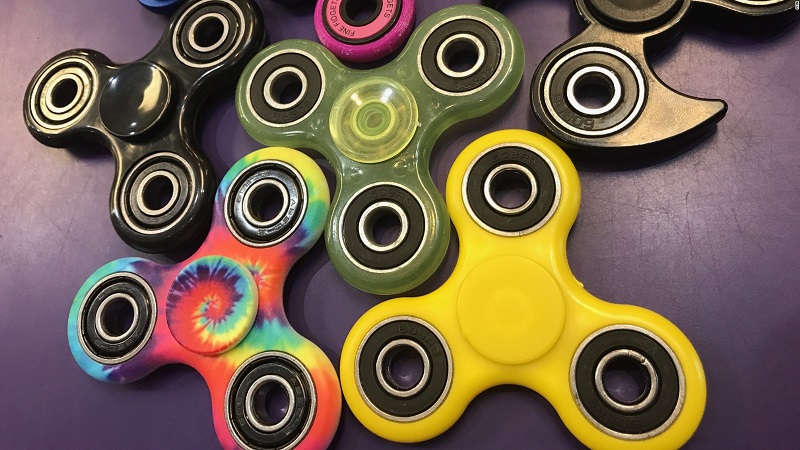 Fidget Spinner. Seriously, what’s up with it? We all know that the 2016 was the year of Pokemon Go. Now, the 2017 is going to be year of this toy which has two or three prongs and with circles in them, because the people are not getting any enough of it. Get ready to spin if you are hearing this word for the first time.

In reality, the people have been using the fidget spinner for a long time. But, the toy suddenly rose to fame after people started uploading many videos on it on YouTube and Instagram. For instance, have a look at the video below. It is about the tips and tricks surrounding the fidget spinner with over 9 million views and still counting.

Due to the much hype on Fidget Spinner, you might be wondering whether why this toy has got much attention. I also really thought so. The questions which came across my mind were, ‘What is Fidget Spinner?’, ‘Why is it so popular?’ and ‘Does it really deserve the attention that it’s getting at present?’

According to the manufacturers, the fidget spinner gadget is used not just for playing. They are also used for helping people with Attention Deficit Hyperactivity Disorder (ADHD), autism and anxiety as the toy offers an outlet to expend any additional energy and prevent from fidgeting.

Let me explain you in simple words. If you are a parent, you will probably buy toys for your kids to get them occupied. Otherwise they would start annoying you with their naughty deeds. Similarly, using a fidget spinner, you prevent your brain from thinking and being obsessive. You will stop thinking about why you aren’t more attractive and why your friends are happy etc.

Such is the level of its hype that even the prestigious Forbes magazine has titled Fidget Spinner as the office toy of the year for 2017. In our experience we also feel that it is better than scrolling on social networking sites.

How to make your fidget spinner more attractive and exciting?

Instead of choosing a normal fidget spinner, go with a colored one. If you are interested in super heroes, try getting a spinner which is based on your favorite super hero. Certain manufacturers provide the toy with lights as well. Try one of these ways to make your experience more exciting.

Let us know your views on the fidget spinner by commenting in the comments section below. We’d love to hear about it from you.

For more similar posts, visit our TUTEZONE section that contains exclusive articles on how you can make your life simpler using technology. Trust me. You will be glad that you paid a visit there.