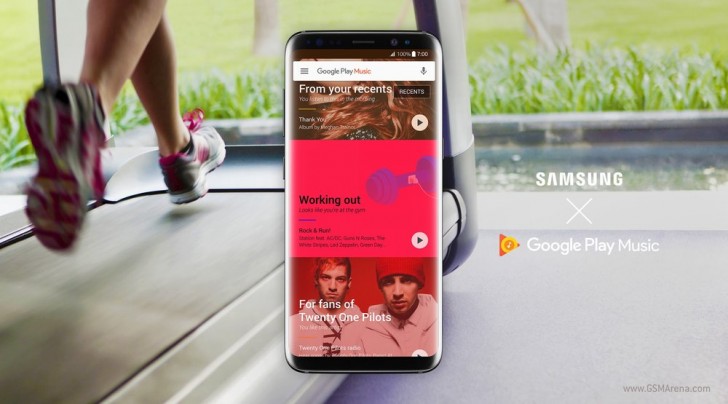 All thanks to the partnership, the Galaxy S8 and Galaxy S8+ owners will soon be able to stream and upload 100,000 of their own songs to Google Play Music for free. For other users like you and me, this limit is only 50,000. Besides this, the upcoming Samsung mobiles and tablets will offer a free three-month trial in Google Play Music. The users would also get access to YouTube Red in available regions.

According to Google, the Google Play Music app will soon support the voice-assistant Bixby. Once that’s done, the S8 users can ask their voice assistant to play the songs instead of opening the app. This is however a big blow to other online streaming apps such as Apple Music and Wynk Music app. Because, we know that a large section of people still go for Samsung blindly without noticing any other smartphone and Google has just won every one of them by partnering with Samsung.

Let us know what you think about this partnership in the comments section below. We’d love to hear about it from you.

You might also like our TUTEZONE section that contains exclusive tutorials on how to make your life simpler using technology. Trust me. You will be glad that you paid a visit there.