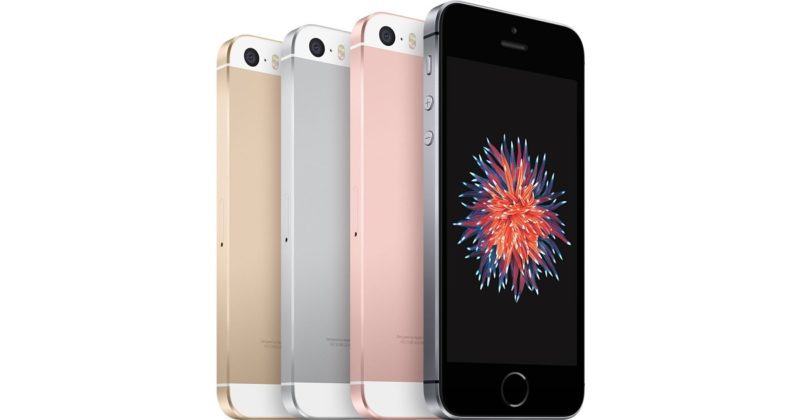 iPhone SE smartphone was introduced by Apple back in March last year. The smartphone was launched in 16 GB and 64 GB variants. This mobile was later introduced to the Indian markets by April. The latest buzz in the tech world is that the Apple has doubled the storage capacity of iPhone SE by introducing the 32 GB and 128 GB variants of the smartphone.

The company brought a change only in the storage capacities and all other specifications remain the same. To recall, the smartphone sports a 4-inch display at a resolution of 1136 x 640 pixels resolution, powered by Apple A9 processor with M9 motion co-processor, features 12-megapixel iSight camera with support for 4K video recording and 1.2-megapixel front-facing camera with Retina Flash, equipped with Touch ID fingerprint sensor besides supporting 4G LTE connectivity.

iPhone SE will be available in Rose Gold, Space Gray, Gold and Silver colors at a price of Rs 27200. This is way lesser than the launch price of Rs 39000 for the 16 GB variant which was launched last year. Let us know whether you are interested to buy the latest variants of iPhone SE by commenting in the comments section below.

You might like our TUTEZONE section which contains exclusive tutorials on how to make our life simpler using technology. Trust me. You will be glad that you paid a visit there.