For some of you, learning how to program might be an uphill task. But, nothing is impossible and it is actually easy. This post will overcome your fears ihttf you are scared of programming. Here in this post, we are going to share the easy programming languages for beginners.

Do not be confuse JavaScript with Java, there is a difference of land and water between them. While JavaScript is a mostly considered as a scripting language to develop the front-end, Java is more like a programming language. As the JavaScript runs by default in the browser, you will not even need a compiler. All that will be required is an app like Sublime Text or Notepad app.

Many experts claim that you can rely only on JavaScript to have an excellent career. But it can be the language that can help you to have a perfect kickoff in the world of programming.

MUO – Ruby on Rails for Beginners

Ruby on Rails is very easy to read, a big advantages for those who do not have any prior programming experience. As Ruby is an object-oriented scripting language, it can be used much to develop in the area of web technology. Popular sites such as GitHub and Groupon have Ruby on their backend.

As there are no much commands, learning Ruby must be easy for you. Since Ruby on Rails is a framework, you will only have to learn a handful of shortcuts in Ruby.

Python is an easy and awesome programming language for amateurs. It can be used both in desktop and web apps. The dynamic language supports functional, procedural and OOP programming.

The best thing is that it is an Open-Source language which means that you can learn and use it for free. For some reasons such as naming convention and indention, the language is considered as a little difficult one for the beginners. But a majority is of the opinion that it is a programming language for beginners.

Used both in web and desktop apps

Needs specifics such as a good naming convention

The best part of Java is that it forces the programmers to think much. There is also a dedicated community that will have answers already for your doubts and questions.

Needs a lot of analytical thinking

In various Universities, Colleges and Schools, the C and C++ are taught first in the programming. It is used mainly for the software development. If you have already learned C/C++, learning languages such as Java must be easy for you.

In C you will not find the OOP concepts, but in C++ you will. It means that you will get a chance to have a look at the concepts of Classes. If you are interesting in developing Games, you can start with C++ as it is used widely for game engine development besides the desktop, mobile and web apps.

C++ is a little harder than C

C# is a good choice for the beginners. It is all about installing Visual Studio Express and SQL Express and begin coding. It is used for many purposes such as to develop console applications, web applications and etc. The syntax depends on C, therefore it provides a very good computer science foundation.

Although the language is a little complex, the Visual Studio is equipped with features such as auto-complete. Unlike in Ruby and C, there are many interpreters and compilers.

Easy to use IDE 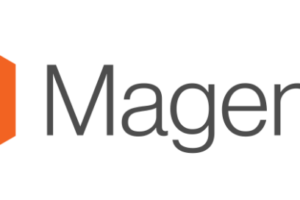 How Do I Hire A Magento 2 Developer?

How article rewriter saves the time and effort of a content writer?

How does Unstructured Data Storage work in the Cloud?

Why Implementing Technology Is Crucial for Every Business to Thrive?