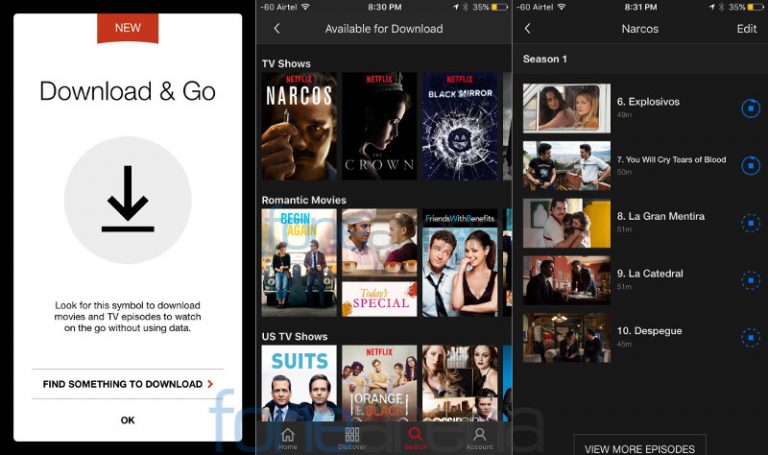 Netflix released an interesting update Netflix offline for the Android and iOS users. If you are on Netflix, you will be able to download TV Shows and Movies in your Android or iOS devices to offline so that you can view them later. It will be interesting for those users who want to watch movies or shows while travelling in train or airplane to other places.

It will be also useful for those of you who survive on public WiFi connections, because, all you will have to do is just hit the download button on the details page for a TV Series or Film. The selected video will be downloaded to your My Downloads library.

According to Netflix, both the streaming and downloading uses similar amounts of data. If you are a Netflix fan, let us know about Netflix offline update by commenting in the comments section below. We’d love to hear about it from you.