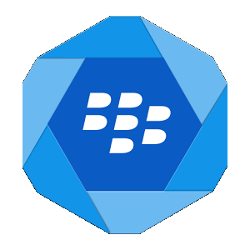 BlackBerry has rolled out many updates for several of its apps in the Android. If you have any of them installed in your Smartphone, it is high time that you check to see if have got any important update.

BlackBerry Keyboard for Android now supports fingerprint sensor. Say if the password is entered automatically using autofill, you can now use fingerprint instead of doing that in your supported Smartphones. Not just that, the switching between is languages is also very easy besides the expanded Chinese input (Stoke and Zhuyin).

BBM for Android now allows you to send longer messages and provides very secure way to sign in for those who signed up with the phone. You will also be able to get all the free stickers in a single tap via BBM Discovery Tab.

The BlackBerry Password Keeper now has more improvements and features with the fingerprint support. As mentioned above, you will be able to autofill with your fingerprint from the BlackBerry Keyboard.

In the past, several users complained that the fonts are very small, that’s why there is an upgrade in the fonts department with a new password font.

Finally, BlackBerry Hub+ apps got some enhancements in the accounts section like the users will be able to hide certain accounts from Hub and Contacts and prevent them synchronizing.