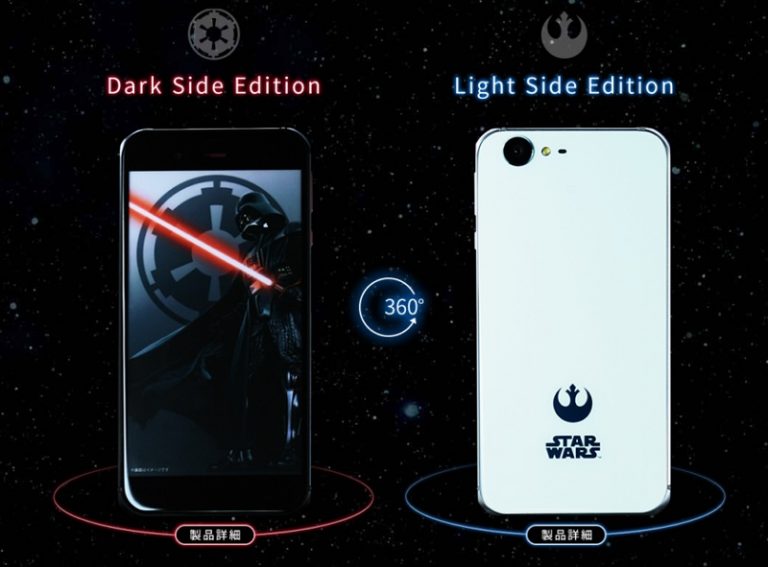 To mark the release of upcoming Rogue One: A Star Wars Story, Softbank announced two new Star Wars phone which comes in Light and Dark side editions. The best part of the phone is that they come with Star Wars wallpapers, themes which will make your phone looks like TIE fighter cockpit or X-wing, emojis, ringtones and Star Wars-themed alarm clock app. It is also equipped with a Star Wars Movie Player which will allow you to watch the Force Awakens. Let us have a look at the specifications of the device in detail.

The pre-orders of the Star Wars Mobile phones will begin today and will go on sale in Japan from December 2.