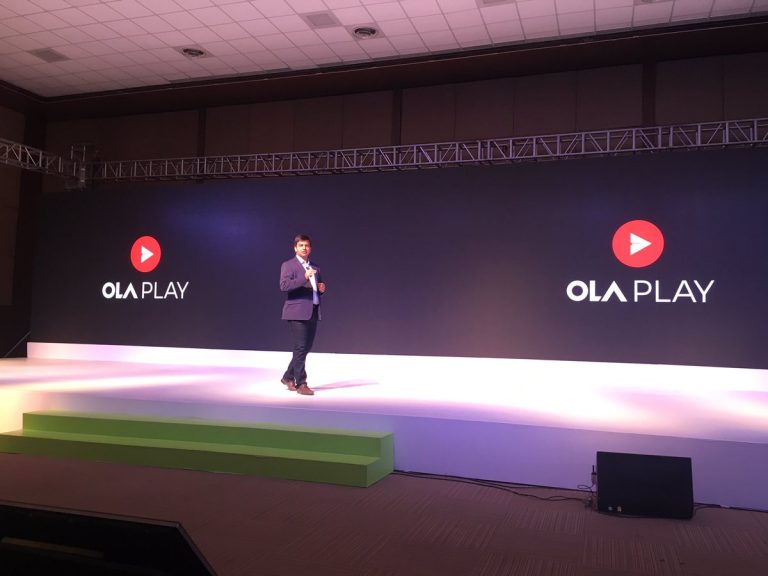 Ola is bringing in-car connected entertainment namely Ola Play which will allow the users to control the features in car such as air-conditioning and music. The company has collaborated with Sony Pictures India and Apple Music to implement it. The other partners include Fynd, Audio Compass etc.

Ola Play relies on a Qualcomm Snapdragon Chip and will allow the users to change volume controls, radio stations and control music. The users will also be able to control the air conditioning in the cab. It will be launched only for Ola Select customers in Delhi, Mumbai and Bengaluru. Over the next three months, the services will be spread to other cities and 50000 vehicles.

Ola Play also allows the third party developers to develop apps for it.

Bhavish Aggarwal, Co-Founder and CEO, Ola said in a statement,

The entire Ola team is proud to launch Ola Play, the world’s first connected car platform for ridesharing. I believe this will completely transform the consumer’s ride experience, giving the user the power to control the interactions within the car, and usher in a new era in the ridesharing industry. With over 60 million minutes spent in Ola rides every day, the impact on consumer comfort, convenience and productivity can be transformative. This will further propel ride-sharing as the first choice of mobility for many more millions. As a young Indian company, we’re proud to be at the forefront of the Startup India movement. Ola Play is a world first, built in India by an Indian team, which showcases that we can do better than the best in the world, and be global leaders in technology and innovation.

Let us know whether you like Ola or Uber by commenting in the comments section below. We’d love to hear about it from you.