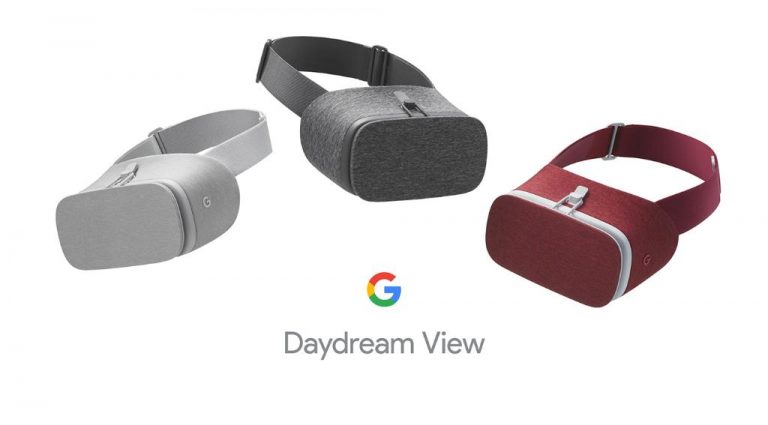 As expected, Google announced the company’s latest Virtual Reality gadget, Google Daydream View VR headset. The VR headset is compatible with both Google Pixel and Google Pixel XL Smartphones. It was first announced back in May during I/O conference.

The VR gadget is made out of soft micro fiber and is powered by Android 7.0 Nougat. According to the company, it had worked with clothing designers for the design and therefore it will fit over eyeglasses. This will also make the device 30 % lighter than other VR headsets. Yes, it is lightweight and soft.

The company has already joined hands with big Smartphone makers such as Alcatel, Asus, ZTE, Huawei, Xiaomi, LG, HTC and Samsung to prepare them to make the mobiles that would support Daydream. Besides this, it will also collaborate with more than 50 partners for games and apps by the end of this year.

There is an auto-alignment system in both phone and headset. The VR headset boasts Daydream controller and when you are not using the gadget, it will slide right inside. The device supports apps such as Google Photos, Play Movies, Street View and YouTube.

Along with the Controller, the Daydream View VR headset will be available in crimson, snow and slate colors at a price of $79.