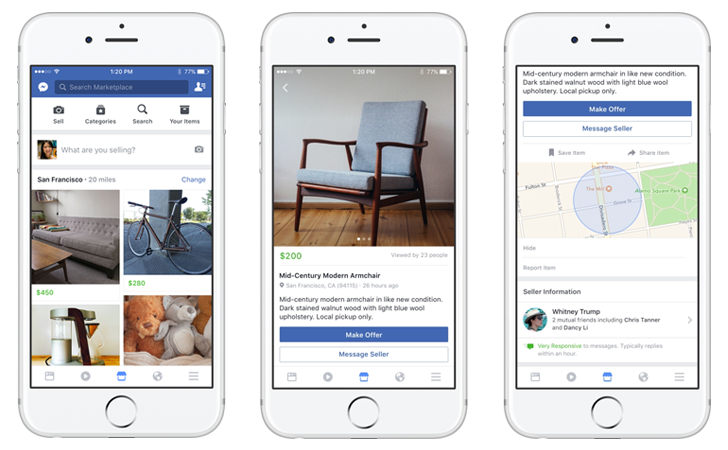 Back in 2007, Facebook had plans to give a try in Marketing, but we didn’t see anything happening till 2015 when the company had released an app for some iOS users. Now, it has eventually released the Facebook Marketplace feature in both iOS and Android similarly.

We all know that Facebook is not just a social networking platform. It is also a place where clever people make money through business. There are groups where big revenue is generated when the members sell or buy products in it. According to reports from Facebook, around 450 million people or more than that visit these groups every month. The new feature, Marketplace is a better way to do the something which people have already been doing for a long time. 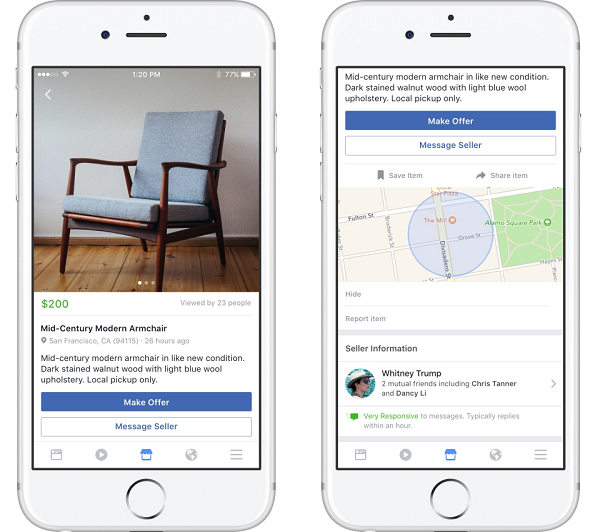 Don’t miss: How to use Instant Video feature in Facebook Messenger?

Marketplace tab in other words would be a new way for the users who were relying on Facebook groups all these days. You must be able to filter products by price, category or location. Once you find the item, you will be able to view the name and profile photo of the seller, full description and their common information.

It must be rolling out to users over 18 years in New Zealand, Australia, UK and United States. If the changes don’t appear right away in your Facebook, please wait for a day or two. It might take some time as the update is a server side update.

Let us know your views on the new Marketplace feature in the comments section below. We’d love to hear about it from you.